A Visitor’s Guide to Silicon Alley 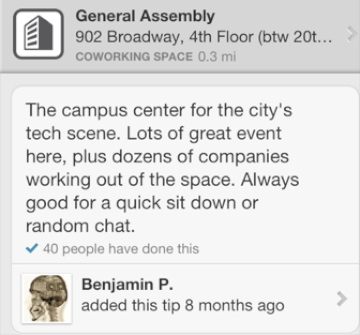 TriplePoint New York is often asked about life in Silicon Alley. We get questions such as “what companies do we need to meet, what co-working spaces do we need to check out,” and more from our colleagues and contemporaries on the West Coast.

While there are numerous growing technology companies with offices in the “Alley,” including Tumblr, Bonobos, AppNexus, Birchbox, Boxee, Learnvest and more, there are also many favorite communal spots of the NY tech community. At these staples, you’ll find everyone from founders to VC’s to hackers plotting their next product feature or closing a funding round.

Here are some of the most popular destinations, complete with insider tips from TriplePoint and various tech influencers.

Ace Hotel Lobby (29th and Broadway):Get there early if you need seating for more than yourself. Make sure to grab coffee from Stumptown and if you have time, have breakfast at the Breslin.

Shake Shack (23rd and Madison): SF has In-N-Out, but we’ve got the shack. Give me a Double Shack Burger with a black & white shake in Madison Square Park over In-N-Out’s loud fast food environment any day of the week.

Birreria, at Eataly (23rd and Fifth): Situated atop Eataly with a retractable roof, Birreria is enjoyable year-round, but unbeatable when the weather is nice. The Shiitake mushrooms is one of the best dishes in the entire city.

General Assembly (20th and Broadway): What sets GA apart from the rest of the coworking spaces is its robust education program. If you don’t take a class, you’re missing out.

Tarallucci E Vino (18th and Fifth): Tucked around the corner from General Assembly, this Italian cafe is a regular on the tech breakfast and lunch circuit. You can’t go wrong with a croissant or the custard cream doughnut.

Grey Dog Cafe (11th and University): South of Union Square and only a few steps away from Dogpatch Labs, Grey Dog is often packed with various techies. Get the “Grey Dog’s Breakfast,” and thank me later. 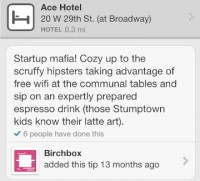 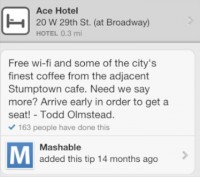 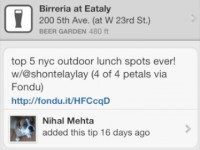 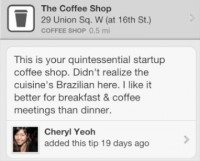 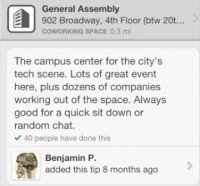 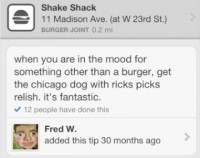 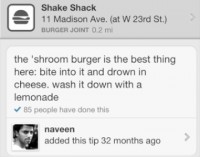