Being Intentional About Your Message 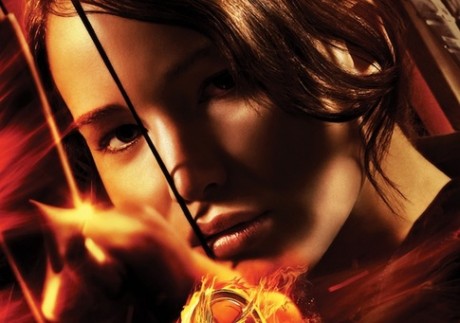 I’m reading through the Hunger Games series right now because, at this point, how could you not? In the ninth chapter of the first book, main character Katniss has just been chosen as a tribute, or contestant, in the annual Hunger Games where members from each district fight to the death. The Games are held each year by the Capitol, the presiding ruling class of Panem, to keep the lower-class citizens in check and assert their power. Wait a minute: is this a metaphor for Corporate America? Is every company competing in their own twisted version of the Hunger Games?

In the book, tributes go through a beauty pageant-like contest before entering the battlefield to win the favor of Capitol sponsors, who can send gifts during the Games to assist in the competition. But as she prepares for her first public speaking appearance, it becomes wildly clear: Katniss Everdeen has a PR problem.

“I’m trying to figure out how we’re going to present you. Are you going to be charming? Aloof? Fierce? So far, you’re shining like a star. You volunteered to save your sister. Cinna made you look unforgettable. You’ve got the top training score. People are intrigued, but no one knows who you are. The impression you make tomorrow will decide exactly what I can get you in terms of sponsors,” says [advisor] Haymitch.

How Katniss positions herself at the beginning will affect how much sponsors will give her throughout the competition. Though she might be technically skilled, people still want an image they can easily connect with. For startups, the same advice applies.

Even though your startup’s product might be amazing, how you position your company can greatly impact the attention you receive from investors, especially if you’re eyeing that grand prize: an exit. To go even further, imagine how much more of an impact you make when your position is pre-meditated and intentional. It means that much more to your company in shaping its identity, and it means a whole lot more to your audience. Are you the “fastest growing startup with a quirky personality” or “the brand that sells a lifestyle of thinking differently?” You might be tempted to go with the flow, figure out messaging when you’ve perfected the product and solidified your business model. Chances are you’ll be so busy you won’t have time to think about it.

It’s best to have the defining characteristics of your company set from the beginning. Instead of allowing the press, users, and influencers to form your corporate identity, create it yourself. Be intentional about creating it and letting people know about it. Remember to be consistent, bring it up in every interview, place it on your website, and make sure it’s included in your elevator pitch. Performing this exercise at an early stage of your startup can help you go a long way when it comes to public perception and identity.

Right before the start of the Hunger Games, Katniss solidifies a strategy with her prep staff: her fighting spirit is her shining feature and sets her apart. Every story she tells in an interview and how she acts in the Games speaks to that particular feature. How do you think she fares in the Games where only one survives? I don’t want to give away the ending but let’s just say… there’s a second book.