When Xbox One was revealed in May, it was touted as a living room centerpiece and the quintessential go-to for sports and set box interactivity on a scale of integration not yet seen before. In reaction to the inaugural reveal, the gaming masses all cried out in a cynicism that shook the world. “Where are the games?!” the gamers cried. “We don’t care about enhanced TV!” they lamented. One particular provision for the next-gen console was most loathed though—the requirement for the Xbox One to be connected to the internet once a day.

While consoles have seen their own versions of DRM before, such as online pass requirements for used games, Xbox One’s (now deceased) requisite to connect to the internet would have been the first true form of DRM to ever grace consoleboxes and their users. The outcry rocked Microsoft so heavily that the Redmond-based behemoth did a complete one-eighty after E3 and reversed many of its previously announced policies, including that scorned daily online check-in. With Microsoft’s concession, it was a triumphant moment for the everyday consumer, but it also proved something else substantial: console gamers are not ready for a future where digital distribution is the de facto method for purchasing and playing games. 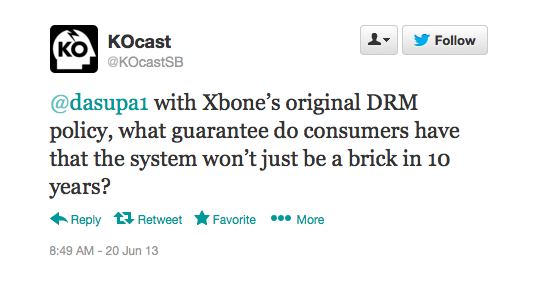 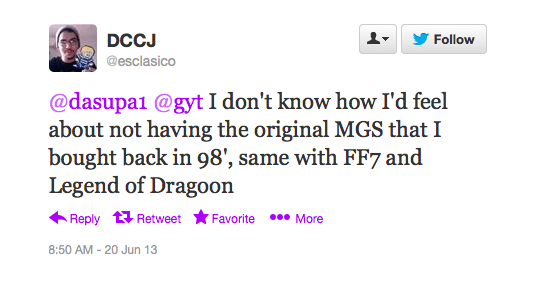 While the notion of not being able to lend out games, or to not even have a lovely retail box adorn your shelf, seems absolutely preposterous to console fanatics, this same concept of digital distribution is one that is cherished—and even preferred—by PC gamers around the globe. How is it that two groups of consumers can be so headstrong and passionate about gaming and yet have two radically different opinions on the subject of how they purchase their games?

Years ago, PC gaming was much like the console: you went to a store, you purchased a box with a disc in it, and you put it into your computer to install and play. One caveat was that often a serial code would have to be entered, something that console users didn’t see until this current generation, but other than that the two platforms were near identical. Same humble beginnings yet two starkly different audiences, so what gave? 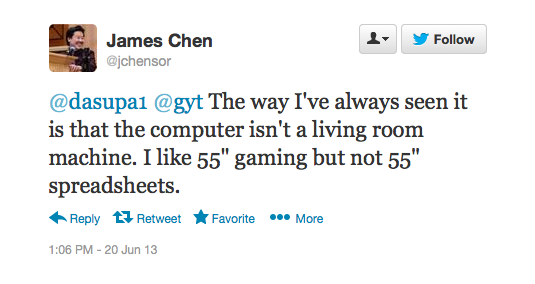 You could posit that Valve, and its own platform Steam, have played a large part in swaying consumers to embrace digital distribution, but it wasn’t always this friendly between Steam and its users. Anyone who remembers the launch of Half-Life 2 in 2004, with its then novel idea of connecting to the internet to activate the product as a requirement, will recall just how bad Valve botched the launch with servers not working and how furious consumers were because they couldn’t play the game they purchased. Since that time, Steam has proven to be a viable platform because Valve has consistently shown consumers that they have the infrastructure and bandwidth to make this work and, in exchange for an all-digital storefront, Steam is able to discount its titles significantly when warranted. These two factors are key to understanding why a PC gamer has no problem with not owning a disc. 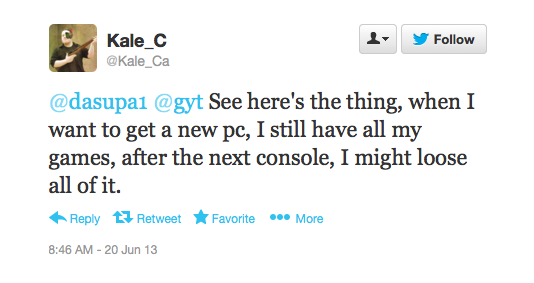 But whereas PC gamers have Steam, GOG.com and countless other digital distribution platforms, which invites competition, console gamers only have three: PlayStation Network, Xbox Live, and Nintendo’s digital storefronts across its platforms. Unless one of the big three goes full throttle into digital, it will be a long time before the console gamer can be convinced that their hard-earned cashola is worth spending on zeroes & ones instead of a multi-layered plastic circle purchased at GameStop.

You see Microsoft’s Games on Demand sale going on right now and think, “that looks a lot like what Steam does” so clearly Microsoft knows the power of digital distribution. Sony has been known to have sales of its own on PlayStation Network. However, Microsoft, Sony, and Nintendo also have strong ties to retail, and as such may be reluctant to move forward with a larger digital presence. Microsoft almost took the plunge with its DRM policy, but withdrew it, and without the support of the big three it will be much harder to change the culture and attitude of the current console gamer.

An all-digital future could flourish on console, and PC gaming has proven that it’s an existence consumers have come to love, but it’s a long way off. Console gamers are reluctant to give up their physical copies, but it may not be because of the prestige of holding onto something (though for a smaller percentage, that could be the case) but rather because no company on the console side has proven to them that there is a significant benefit to utilizing digital distribution.

Valve took a chance on digital distribution and it paid off in spades, the first one of the big three to follow suit will be the winner of the next generation.