Those of us who inhabit the world of tech, gaming, and game tech are no strangers to the Exorbitant Buyout. The rumor that broke last month, however, that YouTube was looking to buy out Twitch.tv, got a lot of people outside the game world talking. Those on the inside began to ask what this might mean for eSports, or whether YouTube’s recent unpopular moves such as Google+ and overzealous content claims might sully the platform. Those on the outside asked a different question: “What’s Twitch?” 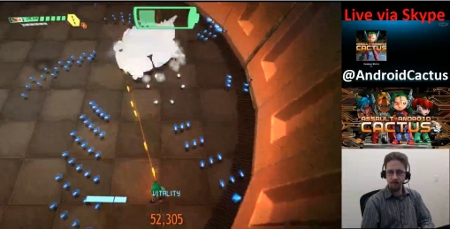 In the wake of the rumor, a number of stories appeared that attempted to explain the phenomenon of game-streaming to the layperson. The one that struck me as the most informative appeared in the LA Times, which took the time to speak to insiders – men and women who understand the phenomenon well enough to make a living from it. One quote in particular was the simplest, best explanation I’ve read thus far, from Humble Bundle CEO Jeffrey Rosen:

“Many people don’t understand the point of someone watching the game when you can play it yourself. But it’s like sports. Why would you watch baseball when you could go play the game yourself? The difference is that now more people can relate to playing ‘StarCraft’ and ‘HearthStone’ than they can playing baseball.”

There’s been a recent resurgence in the industry, particularly among indies, of what is affectionately known as “couch gaming” – games designed to be played in multiplayer, but not over the Internet. That is to say, you and your friends are meant to sit together on the couch and play together, like gamers did in the bygone days of the Super Nintendo and PlayStation 1. Some games, such as Spelunky or Towerfall, are couch games by necessity, simply because they are too split-second-action, twitch-based titles to work well online, but there’s a palpable difference between playing with a friend in another room, and playing with a friend on the same sofa. I’ve always felt that games make for wonderful shared social experiences, much in the same way one might go with friends to a movie, or to a stage performance. You may not speak during these latter examples the way one might cheer or talk trash during a game, but the shared moments are there; you and your friends are connecting over those mutually appreciated instants. “Wasn’t that the best part?” 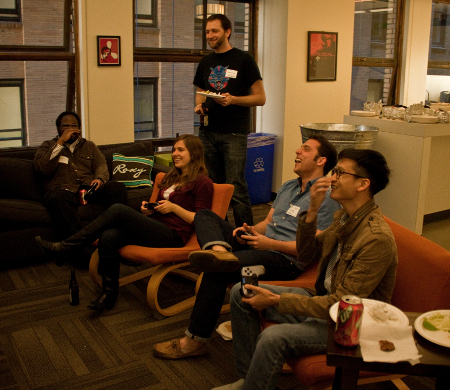 What does any of this have to do with Twitch and streaming? Allow me a second, more personal tangent: though I grew up with an abundance of couch gaming opportunities, be they Street Fighter II against my brother or Goldeneye against my dorm-mates, these days I am a 35-year-old, with a full-time job, who lives alone. My couch gaming opportunities are few and far between, and I can venture the same about any number of gamers in a broad variety of situations. This is the hidden magic of Twitch streaming: find a streamer who is engaging enough, who shares your humor and sensibilities, and who reacts closely enough to watchers, and suddenly you’re hanging out right on their couch, shooting the breeze over a game.

You can see these moments all the time on Twitch – streamers who can’t figure out a puzzle, but a ‘friend’ supplies a helpful hint. Strong reactions to moments of triumph or bombastic plot twists, shared by streamer and audience. Many streamers will even invite subscribers or the general audience to join them for a multiplayer game; it’s the next best thing to joining them on the couch and snagging the second controller.

It is, of course, still no substitute for in-person human interaction. But, for those of us who miss the days of hanging out with That One Friend who had all the latest games and knew how to play ‘em, it’s a genuinely appealing fix.