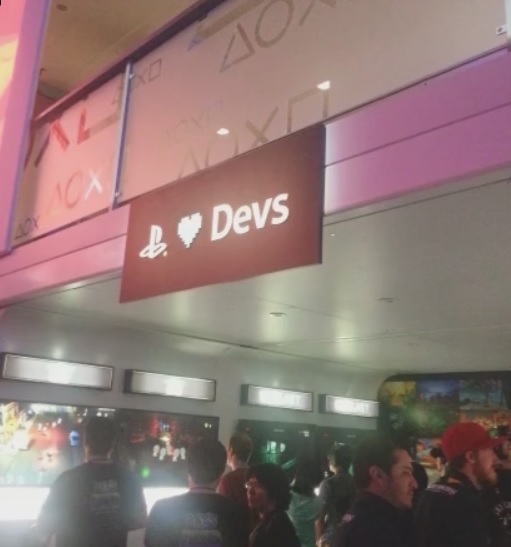 E3 2013 was arguably the biggest gaming event in the last five years. The dawn of a new generation of consoles brought with it a bevy of games to every publisher’s booth. With big competition for media attention, you need to be seizing every opportunity you can to stand out and get your game the attention it deserves. Here are a few tips I’ve found useful to help make every moment your finest at E3, based on working at the show the last few years and on the successes of working with the indie horror game Outlast this year.

Have faith. Make promises. When you truly believe in the game you’re representing, you exude confidence. When you’re confident, you start making promises — promises you can keep — such as, “Outlast will scare the s*** out of you.” A lofty statement like that will almost always lead to skepticism, and the natural reaction will be for a journalist to find out for themselves if you’re spewing PR rainbows or the de facto truth. Promises, when kept, have a domino effect. After someone has a positive experience with your demo, your claim can be amplified as they discuss their experience with friends and coworkers, driving more traffic and attention to your booth. By the end of the week, some publications had sent their entire staff to experience the Outlast demo!

I totally screamed bloody murder playing #Outlast at #e3 If you’re here check it out at the @PlayStation booth! — Andrea Rene (@andrearene) June 12, 2013

Come armed with different stories. A good game will shine on its own – but that doesn’t matter unless the right people see it. Help this happen by painting a bigger picture around the game. Come prepared to suggest and discuss larger stories that will amplify the experience. Consider having discussions about the background of the development team, media or pop culture that influenced the developers, interesting research conducted by the team to offer a realistic or factually accurate experience, etc — many attendees have very little insight into the research that goes into creating a game. Sharing these stories offers an interesting perspective about the developer’s creative process. Some examples of stories we helped to tell this year include:

**The fainting actually happened! An attendee fainted while playing Outlast, and after making sure they were okay, we told one person who told another, who told another, until the story began to spread all throughout the show.

Be aware. Capture reactions as they happen… And share them! If you’re not speaking with someone in any given second, there’s probably someone you should be speaking to. During half-seconds, your eyes and ears should be peeled to what’s happening inside and outside of your booth. New opportunities may present themselves that you want your game to be a part of. For example, one of the bigger stories at this year’s E3 was the concentration of high-quality indie games appearing on next-gen consoles. Email editors you see talking about this or use Twitter to make sure your game is a part of the conversation!

What are people saying about your game after they play? How are people reacting? Capture these using tools like Vine for reactions or Tweet out quotes, tagging the appropriate person. Keeping promises is easy when you’re creating content to prove it.

Timely reminders and follow-ups. Did you speak to a journalist about a story idea that piqued their interest while at the show? No matter how interesting it is, words are easily lost in the hustle and bustle of this hectic show every year. Send a follow-up thanking people for coming by and playing if you haven’t already and rekindle the discussion of any story ideas shared during your E3 meeting the week following E3, or sooner, depending on deadlines.