The Los Angeles Games Conference took place April 26th at the SLS Hotel in Beverly Hills, gathering executives from all sides of the games industry and covering topics ranging from the latest trends to Facebook, smartphones, monetization and marketing. Yes, this post is long overdue, but I’d like to take the opportunity to reflect on the event as we watch our industry evolve on a daily basis.

While no particular focus was given to any one platform, one common theme was evident as I sat through each session – free-to-play is a significant force that is changing game distribution and our consumption habits forever.

Riding on the wave of digital distribution, games being offered for free and operating on connected monetization models has impacted the way developers are engaging and retaining consumers. Let’s take a look at how this shift is occurring across multiple platforms.

WoW – there, I said it. Let’s get that out of the way. Nobody is taking it down, and it will continue to be successful on a subscription model until it keels over and dies from growing old (is it possible?). With this realization, we’ve seen hives of developers forming to establish a freemium model in an effort to attract gamers to their title, while smartly executed monetization strategies create positive experiences for a growing audience of consumers and generate recurring revenue streams for the developer.

Larger publishers are even shifting to the freemium model, as we’ve seen with Cryptic’s Champions Online and Turbine’s LOTRO – both publicly announcing immense successes after doing so. Michael Cai, VP of Games with Interpret, quoted the late chairman Mao in his analyst presentation on 2011 gaming trends that signifies what we’re seeing in the MMO market today – “Let hundreds of flowers bloom”, referring to the developers sprouting around WoW to offer a freemium experience, gain a huge customer base, and eventually overthrow the status quo. 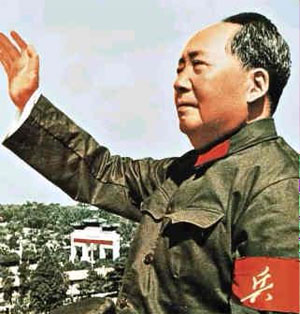 iOS is the obvious opportunity that developers small and large will continue to pursue, and all agree that the platform cannot be ignored. Android is equally important in the eyes of the developer, although the obvious issues of fragmentation have held back their initial efforts.

With the rise of these mobile marketplaces driving games adoption, we’re seeing thousands of new apps launching on a monthly basis. A common theme in any discussion involving opportunities in the mobile market lead to issues with discovery and being found amongst the noise, driving developers to lower the cost of their apps and even begin looking to freemium as a model for user acquisition, engagement and long-term revenue generation. Subsidizing apps with advertising has proven effective form some that have already gained brand recognition and achieved large install bases, but for others mobile advertising will never generate a significant enough return to operate a business. Ultimately, in-app payments and microtransactions will grow to dominance on the mobile platform much like its connected PC and console counterparts.

I’m combining consoles with retail for one big reason – the console as a hardware model that is facing increased competition from other multimedia devices battling for control of the living room, and digital distribution as an increasingly competitive means to delivering games to these devices (TVs, set-top boxes, etc.).

Presenters unanimously agree that retail box products will continue to lose market share to digital distribution models – some saying in as little as 5 years, others with a more realistic view of 20 or so years. Buying a game for $60 to offer a limited timeframe of experiences will give way to “games as a service”, meaning the option to buy in to a game for little to no investment or the ability to continue investing for an improved experience over a longer period of time. It’s telling when EA publicly decrees that it will begin focusing on ARPU instead of unit sales, reinforcing the attention to lifetime value rather than a one-off sale of packaged goods. DLC expansions are only the beginning…

From a business standpoint, we’re already seeing a push for DLC expansions post-launch, which is a clear indication that the shift is occurring on consoles and it’s only a matter of time before we see a complete transition to the rise of completely free-to-play titles. Sony has kicked off its effort with Free Realms, and we’ll no doubt see more prominent titles make their way to the forefront as new delivery mechanisms rise to feed the living room and mobile screens.

So, what does all this mean?

Digital distribution, eliminating the need to feed physical media to hardware, competition, the pressure to acquire new users, and an emphasis on ARPU are among many factors that will continue to make the case for free-to-play games as the industry matures. Games across all platforms are feeling the impact of this shift, and the discussions across most of the panels witnessed during the LA Games Conference reinforce this trend.

Riot Games was purchased by Tencent for an amazing RTS that will only rise in popularity with publishing support for Chinese and other global audiences. $400mln for 1+mln players (publicly known at the time) just yells how important the free-to-play space is in the grand scheme of games and its potential in the future. I’ve also began playing League of Legends and can attest to the addictive quality of playing a quality game for “free” (i.e. time invested) and the lure of purchasing small amounts of in-game currencies for personalization and fun. With the barrier of entry reduced to “free”, you’re sure to get millions willing to spend for an improved experience, and it will only be a matter of years before a free-to-play contender surpasses the revenues generated by Blizzard.

To learn more about the LA Games Conference, visit: http://www.lagamesconference.com/