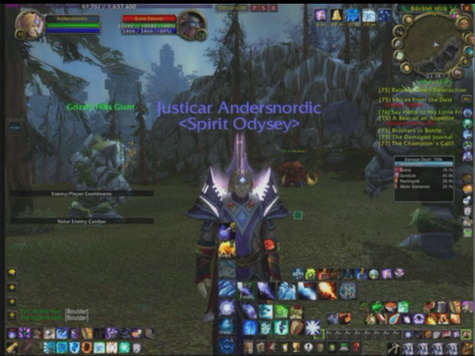 When video games are blamed for such events as a 19-year-old burning down a synagogue because he was “taken over by these games that young people play now — lots of violence, lots of meanness,” it is natural for people who love videogames to want to respond, especially those who write about games for a living.  But maybe they shouldn’t respond at all.

The more videogame outlets that report on Breivik’s World of Warcraft character, or Mark Bradford throttling a boy who killed his character in Call of Duty, the more prevalent the idea will be that videogaming is related to violence.  The more loudly the gaming community denies that there is a connection, the more inculcated that connection becomes in the media at large, and the wider the story grows.

Further, most videogame journalism isn’t reporting on violent events themselves, but rather, responding (often defensively) to mainstream media coverage finding a link between violence and videogames.  This makes the community seem self-protective and downright angry to most outsiders.  Some would even argue that it’s simply beyond the pervue of videogame journalism to report these incidents and that journalists should concentrate on predicting Gabe Newell’s next move, not analyzing crime.

On the other hand, gaming outlets are more able to address these stories – writers who cover videogames actually understand what it means to be a “Justicar” in World of Warcraft, as well as what light that may shed on Breviek’s personality.  And a reporter who has actually been in a WoW guild can certainly explain Breviek’s guild-mates reactions on a forum with more nuance than a reporter who’s never picked up the game in the first place.

So what’s videogame journalism supposed to do?  I’m including this post as part of the problem and not naming names elsewhere (because you know who you are). Should we not say anything and simply concentrate on whether a new game is good or not?  Or is gaming journalism’s only recourse to react to what is seen as an increasingly hostile mainstream media?  Is the best defense saying nothing at all?

Niche journalism, while often lacking a wider perspective, does bring something unique to the great sea of media we all consume everyday – insider perspective.  With expertise comes responsibility, including the burden of representing entire communities, whether intentionally or not.