Almost exactly ten years ago, I finished for the first time The Legend of Zelda: Ocarina of Time. It was that moment when I first identified as a gamer and felt a devotion to video games that I was at the time too young to understand. But over the next ten years, that devotion grew to become the incorporation of video games into my own being. 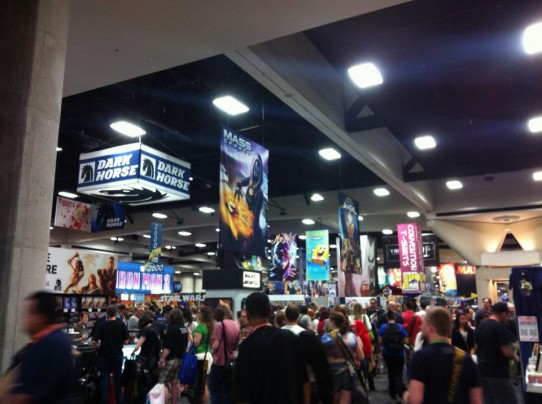 For keeping in touch with who I have become and investing in what is important to me, I obviously then felt a yearning to attend PAX and of course Comic-Con, which I knew was not focused on video games, but interested me nonetheless. What video game devotee wouldn’t want to see just how much video game fandom she could soak up at Comic-Con?

We are at a point in time when Comic-Con attendees no longer enter believing the show is about comics. That is not to say comics don’t have a strong presence at the show; one end of the hall was covered in nothing but DC and Marvel merchandise vendors. Attendees costumed as Thor, Spiderman, Superman, and Batman far outnumbered attendees dressed as video game characters (including myself). Still, one cannot ignore that the most crowded parts of the convention hall were around the likes of Fox and Warner Bros, and the most popular panels were any that featured Hollywood celebrities regardless of whether or not the panel was about a comic book movie.

We are also at a point in time where the fandoms of comics, movies about comics, movies and TV shows about fantasy worlds in general, cartoons, anime, manga, and video games have all collided, with the resulting explosion manifesting as the San Diego Comic-Con. But as I took my first steps into the convention center, I asked myself, how many video game companies might I find exhibiting on the show floor? Will they take up as much space as the fabled comics that started the show? Or, will they be shoved off to a corner where only the most hardcore of fans will bother to visit? 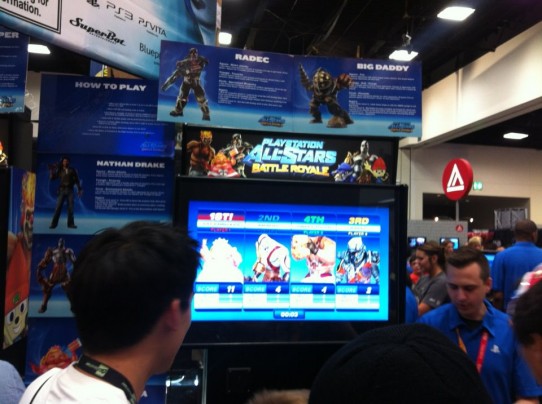 After pushing through the crowd surrounding the Fox and Warner Bros booths, I found Ubisoft, Activision, Nintendo, Square Enix, Sony, and Capcom nestled into one end of the convention hall. Each game demo station was populated, each with a player and a crowd of onlookers. I later learned Nintendo and Ubisoft had the rest of their games featured at Nintendo’s game lounge next door, SEGA and Microsoft had set up across the street, and BioWare had their own station at the Hilton two blocks away. After visiting each booth, each game lounge, and finding a wealth of merchandise from my favorite video games from vendors on the show floor, I continued each day satisfied with the presence of video games at the show. 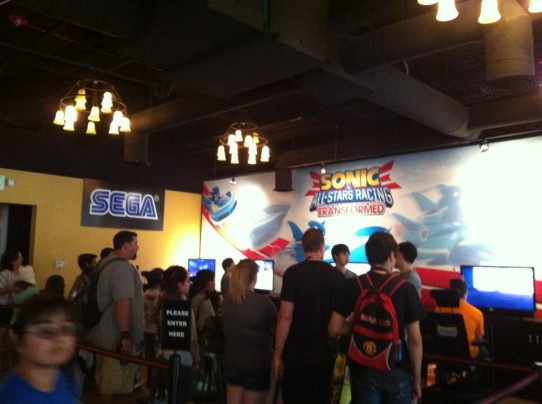 As a gamer and a fan, I believe my trip to Comic-Con was fruitful. I got to demo new games. I bought a wealth of fun merchandise (video game and non-video game alike) and received generous VIP gifts (a Sonic comic from Sonic Boom seemed fitting). I got to reconnect with video game industry people who were equally as enthusiastic about the show. I got to see how video games had joined the cultural lexicon. I got to take a memorable vacation to a consumer show with friends whom I grew closer to. And most of all, I was reminded of how the gamer in me grew into the person I am today. This was not done via the games I demoed, the swag I obtained, the parties I attended, or the characters I dressed up as, but by coming to this realization ten years later. 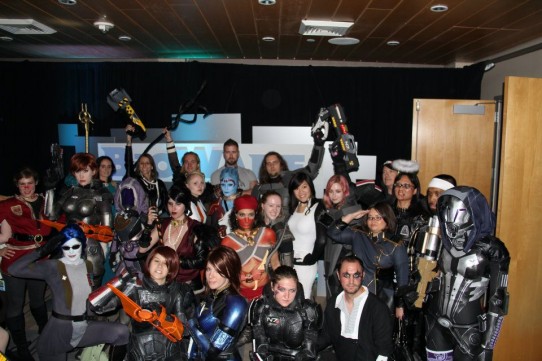 I have heard the multi-genre fiesta that is Comic-Con described as a “nerd Woodstock.” Unlike trade shows like E3 and video game-focused consumer shows like PAX, Comic-Con encourages people of multiple interests to come together and “celebrate the popular arts,” as proclaimed by the Wreck-It Ralph banners on each San Diego street. As someone whose being lies predominantly in the gaming realm of Comic-Con’s pot of genre stew, I wondered if the video game companies who exhibited off the show floor this year would be inside the convention center next year. And, for video game companies who exhibit on the show floor annually, I wonder if they will build their Comic-Con presence over the years. Will that draw more gamers to the show? Will that raise the interest of non-gamers who might want to learn more about video games and video game culture? Will it tip the balance of Comic-Con as a multi-genre gathering towards a more game-oriented event? Or, will it simply boost the video game industry’s positioning as just that: a popular art?

Though I refuse to make an argument for whether or not video games are art, I want to know how video game companies themselves feel about Comic-Con’s role in the video game industry, whether the industry can be celebrated there like it is at PAX, and whether video games will continue to have as much or more presence as comic books, movies, and the other media at Comic-Con.

Whatever the future holds for the presence of video games at Comic-Con, we can safely assume the next ten years will only keep San Diego as the center of the Aquarian Exposition of Comics, Movies, Anime, Manga, and Video Games. And for now, I can at least say I’m proud to be a part of the video game industry’s involvement in the movement for peace and love across all fandoms.

LEGO Universe launched last Friday for a special fans-only release period, and boy has the PR team been busy! Over the summer and into fall, we’ve been across the country and back again with the LEGO Universe developers – and that’s not even counting pre-E3 and international happenings. From E3 in Los Angeles, Comic-Con in San Diego and PAX in Seattle, to press meetings in New York and family media day in Colorado, LEGO Universe has amazed and inspired everyone who sees it.

The LEGO Group (creative brick-building toy icon) teamed up with NetDevil (supernaturally talented development team), and collaborated with some of the most imaginative and passionate fans in the world (LEGO Universe Partners, or LUPS for short)… It’s taken 5 years to get here, and the real works just begun, but together this LEGO trifecta has created one helluva MMOG.

TriplePoint couldn’t be more thrilled (or proud) to work with the brightest minds in toys and technology, and finally help launch LEGO Universe this month. It’s been a while since we shared media feedback, so today is a double whammy – first, here are highlights from recent press events and releases. Then check out part two this afternoon, for the latest previews, reviews and such. You can find more LEGO Universe coverage from E3 and earlier in the archives. END_OF_DOCUMENT_TOKEN_TO_BE_REPLACED