The e-Sports e-Splosion: Why Now?

eSports – a term for organized video game competitions around the world – have been gaining popularity since their humble beginnings around the turn of the century. For years, there have been dozens of articles in the most respected of mainstream and enthusiast publications suggesting that eSports are on the verge of exploding into mainstream culture, sharing the type of notoriety and fame typically reserved for pro sports and Hollywood movies. However, that’s yet to truly happen – eSports and their most popular game genre, the MOBA, both remain a relative niche even within the gaming industry, let alone the world at large. But just like the cunning strategies used to succeed in the games themselves, the eSports industry has the potential to execute a come-from-behind win of epic proportions. 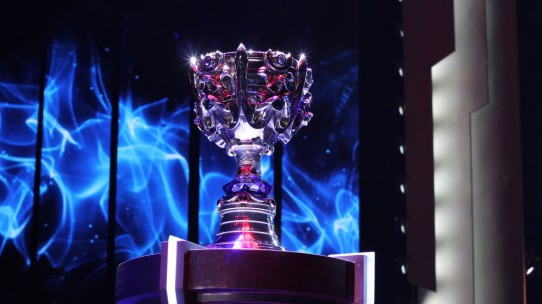 So here’s the question at hand: eSports… why now?

The answer is simple: more people in more nations have more access to more bandwidth than ever before. These are people who spent increasing amounts of time online, and they’re hungry for video content. The tremendous growth of eSports can’t be overstated: by 2015, more than two-thirds of Internet traffic will be streaming video. As print publications are supplanted by online news and the cost of web access falls, streaming video content has grown from a flashy novelty to a daily part of life. And eSports have grown right along with it. Today, many popular games are more accessible to casual players than ever before, thanks to the rise of free-to-play and the devilish “easy to play, impossible to master” gameplay design of titles like the reigning champion, League of Legends. The barrier to entry is practically nonexistent, and the eSports community is growing like wildfire. For example, last weekend’s League of Legends Championship sold out the Los Angeles Staples Center in record time – around 15,000 tickets in a mere 60 minutes. 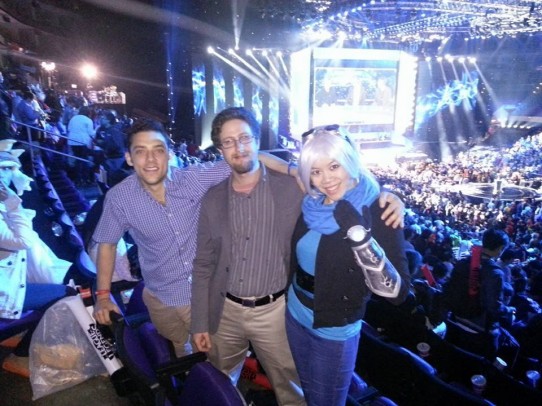 The view from the arena!

TriplePoint’s own Phillip Klugman, Jesse Henning, and Erin Fan were in attendance. Atop the rush of excitement, they also felt an inclusive, welcoming vibe that’s not always present at traditional sporting events. For one, the majority of attendees were also League of Legends players themselves, lending a shared common ground that made it easy to strike up friendly conversation. Events like these appeal to four main groups, in descending order: League of Legends fanatics, players of other MOBAs, video gamers and those who appreciate a spectacle, whether it be a rock concert or basketball game or state fair. Clearly League of Legends players are right at home; MOBA fans can quickly get on board, and anyone who’s played an MMO or RTS even years before can get swept up in the excitement. But what about those who love athletics but have never picked up a controller? That is the next big hurdle.

America is more ready than ever for the eSports tidal wave, thanks in part to the casters themselves. Just like the hosts on ESPN, they provide in-depth insight and knowledge about the games and their players, before, during, and after competitive matches. This color commentary is immensely helpful for those unfamiliar with what’s happening and why it’s significant.

Live-streaming websites such as TriplePoint client Azubu [www.azubu.tv] offer both the matches themselves and the original programming that eSports fans desire. Gaming publications are adding dedicated eSports journalists, more players are becoming casters themselves and the idea of broadcasting your every step (and streaming your every match) has become commonplace. The eSports eSpolosion is upon us!