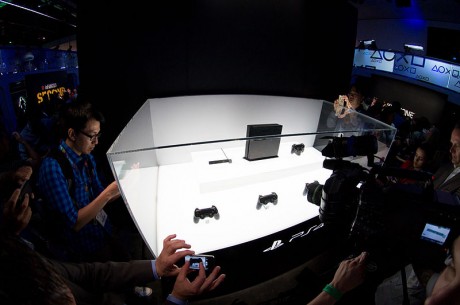 For the past two years, media, publishers and players have been talking about the shift in the gaming industry from console to mobile. Console revenues are starkly declining as mobile revenues and players inversely increase. I think they are missing the point.

Sure, mobile is shaping up to be a goliath $9 billion industry and is broadening what it means to be a gamer. My mom doesn’t shoot down zombies in The Last of Us, but she is definitely addicted to solitaire on her phone, and now she is a gamer — along with 125.9 million people (39.8% of the population) in the US alone.

I’m not saying this will slow down, but the idea that mobile games will cannibalize console game spending is an oversimplification. One market does not directly influence the other.

The reality is that mobile and console games offer different experiences, not mutually exclusive ones, and people will pay for both in different contexts. Gamers that want immersive, deep play sessions are not abandoning consoles all together and filling the void with Angry Birds, they are just waiting.

You know what they are waiting for — the much anticipated, much criticized next generation of consoles and games which have shaped up in the PS4 and XBox One. (Sorry, Wii U, you under-delivered.)

Unlike console games, people play mobile games for a short distraction while they are bored, waiting, or have nothing else to do. Short and sporadic sessions characterize their play. If a game is particularly compelling, maybe a player will shell out a few bucks for an extra crack at that Candy Crush level or another chance to sprint past the leaderboard in Temple Run.

A few minutes of a mobile game here or there does not replace what game lovers prefer: plopping down on the couch after school or work, and diving into two hours of Bioshock Infinite or their game of choice. The “hardcore gamers” aren’t sick of gaming, they just don’t want to buy games for consoles that are seven years old when new software and hardware will arrive with Santa in a few short months. And, though a few of these guys and gals play games on their phones, a lot of them don’t do so regularly, as mobile gaming caters to a broader (though also lucrative) market.

Right now, it’s too early to tell from pre-orders what the reception will be for the next-gen and if mobile will kill the console industry. It’s important to note that, PC gaming – a more synonymous experience – is better positioned to do so. We’ll also have to wait a bit longer for the first price-drop and the second round of software, since many a gamer evaluates these developments before paying up for new platforms.

Until then, I say halt your judgments on whether or not mobile will truly eat up the console industry. I suspect the bite will not live up to its hype.