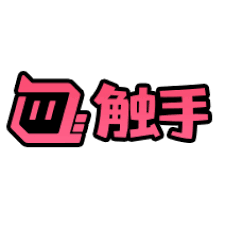 Happy New Years from everyone at TriplePoint! In this week’s TPoI, The World Health Organization recognizes “gaming disorder” as a disease, Epic Games begins conducting an audit of Unreal Marketplace for trademark abuse, and Google invests in Chinese livestreaming platform Chushou.

The World Health Organization, a public health division of the United Nations, recently released their newest list of classified diseases which includes the newly recognized “gaming disorder.” GameSpot features a description of the disorder which includes symptoms like “impaired control over gaming, increasing priority given to gaming to the extent that gaming takes precedence over other life interests, and continuation or escalation of gaming despite the occurrence of negative consequences.” Siliconera reports that many countries are treating this disorder as a major public health issue, and have set up clinics specifically designed to help treat the condition. Futurism clarified that while the symptoms of this condition are fairly similar to the symptoms commonly found in those suffering from addiction, doctors are taking in specific habits and a time period of at least 12 months before diagnosing patients with gaming disorder.

Late tuesday night, a representative at Epic Games announced in a forum post that the company will be conducting an audit of their Unreal Engine Marketplace to stop asset creators from posting models which infringe on intellectual property rights for objects including real world guns and cars. Develop reports that content can be rejected due to copyright infringement, poor quality, or for not functioning as it is described. PocketGamer.biz states that content creators will have 30 days to modify and submit any assets for approval before they are subject to removal. Gamesindustry.biz speculates that the decision to remove these assets may have been influenced by automotive giant AM General filing a lawsuit against Activision last November.

The Chinese mobile game focused livestreaming platform Chushou announced a Series D funding round with $120 million invested from Google’s parent company, Alphabet. CNBC speculates that the platform’s focus on mobile esports titles and ease of use make it very popular with gamers and fans in China. TechCrunch reports that the Beijing-based startup has achieved a huge amount of success, with over 8 million unique streamers and a large amount of financial support from Chinese investment companies like Qiming Venture, Shunwei Capital and Alpha X Capital. VentureBeat notes that Google has had difficulties appealing to the younger, tech-savvy internet users in China and that this investment will help the company start to build a reputation with their target audience.