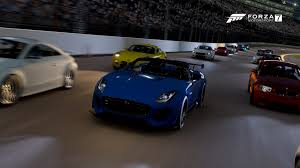 TPoI this week features esports coming to the Special Olympics, Texas Lt. Governor blaming shootings on video games, and a new golf franchise from the PGA Tour and HB Studios.

Video Games At The Special Olympics

This year the U.S. Special Olympics will host their first-ever video game tournament in conjunction with the standard Special Olympic games. In a partnership with Microsoft’s Xbox division the games will feature a Forza Motorsport 7 tournament that will pit eight teams of Olympiads in head to head races. Adding this esports element to the Special Olympics will be interesting step forward for validity of gaming competitions and points to similar trends in other major events that are now beginning to introduce gaming elements according to Engadget, Bleacher Report, CNET and more who reported on the news.

Dan Patrick, the Lieutenant Governor of Texas argued this week that violent video games, abortions, and other issues have desensitized young people and are to blame for the increase in school shootings over the last few years. CNN, ABC, Slate, Gizmodo, and a multitude of other major outlets reported on the news of his comments in the wake of the Santa Fe shooting that claimed 10 lives on May 18th. A few of the outlets brought up that fact that this sort of argument has been made before and that evidence shows that there is little to no evidence of correlation between access to violent video games and mass violence.

The PGA Tour and Canadian games developer HB Studios have partnered to create a new brand of golf video games. Typically, EA Sports has held big sway in golf games and had a hugely successful run in the form of their partnership with Tiger Woods until his career took a turn and the IP was dropped. This new franchise will be a departure from the EA dominated sports scene and may signal innovation in other sports titles. The Golf Club 2019 will release on PS4, Xbox One and PC in August according to Forbes, GameSpot, Hardcore Gamer and more.