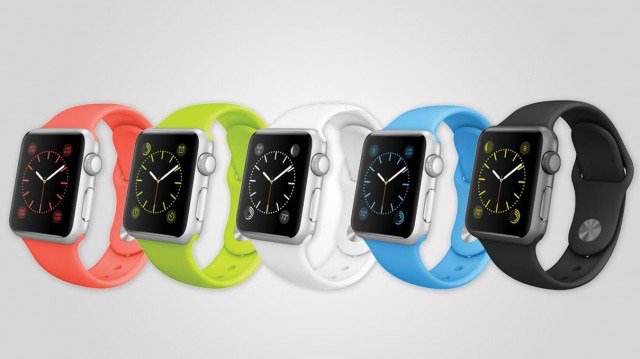 Welcome back to our snippet of the top news in tech and games this week! The burning question this week is, of course, who has pre-ordered an Apple Watch? Sound off in the comments!

Will the Apple Watch disrupt both the tech AND fashion world?

The Apple Watch craze is in full force clocking in at over 1 million pre-orders, according to USA Today. The Verge has already identified 3rd party accessory manufacturers creating battery life solutions for the watch without any evidence of whether or not the Apple Watch’s battery life is too short. Analysts are already examining the Apple Watch’s potential to disrupt the fashion world, according to Business Insider, warning well-known watchmakers like Fossil and Movado of the threat they may pose.

Old Spice made a game, and not the usual kind you’re thinking of

Twitch Plays Pokémon has inspired Old Spice’s latest marketing campaign, Twitch Plays Old Spice. According to Daily Dot, from April 16-18, viewers will be asked to write in the chat what they want the wilderness-stranded live-action (human) character to do and apparently, anything goes (someone just suggested “sucker punching” a bear, causing a Game Over)! It will be interesting to see how this campaign unfolds and if Twitch users will be as friendly as they were to Red in Pokémon Red and Pokémon Blue. This is one of many Twitch Plays Pokémon-inspired campaigns in the last year including the now-defunct Rev3Games stream, Twitch Plays Adam Sessler.

Guitar Hero is back for its 10th anniversary. Who is feeling old already?

After a years-long hiatus, Guitar Hero is back for its 10-year anniversary reissue. Engadget reports the reboot aims to make guitar playing more realistic by adding two rows of buttons at the top of the guitar and a live-action crowd that will react to the performance based on the player’s score. The game will also sport a first-person view accompanied by a live-action band on stage who will also turn and address the player, giving a feel of a real performance versus the 3rd person animated view of previous versions.

The ESA has revealed that retail game sales in the US are declining and digital game sales have risen 23% since 2010. According to GamesIndustry International, PC still rules the market with 62% of digital sales followed by consoles, smartphones, other wireless devices, and dedicated handhelds like the Nintendo 3DS. They also report that over 155 million Americans play games with 80% of households owning a device to play games.

It was a sad week for the Australian games industry

Australia’s last major AAA studio, 2K Australia, developer of Borderlands: The Pre-Sequel, has closed its doors and terminated all of its employees. Kotaku Australia reports that an attempt to move the Canberra-based studio to Melbourne in order to attract new talent led many high-level members to leave the company, which, Kotaku speculates, may have been a factor in the closure.

Asia has the key to the next level

Warner Bros. Interactive’s Senior Vice President of Digital Games, Greg Ballard, told GamesIndustry International about the importance of Asia and every company’s need to enter that space in order to stay competitive. He cites major Asian companies like Tencent and Nexon running major operations in the US and credits Riot Games’ success, in part, to Tencent helping League of Legends become successful in Asia. App Annie’s report showing China overtaking the US in iOS app downloads backs Mr. Ballard’s claims.

Research firm, Superdata, revealed US digital game sales rose 2% to $1.01 billion in March, but social games fell 10%. GamesIndustry International reports that the firm is seeing overall interest in social games waning with more focus being put on tablets and smartphones. Superdata also advised developers to focus on building a stronger presence in Japan, where mobile revenue per paying user is three times higher than in China.

That’s all for this week! Now what will you all be playing this weekend?