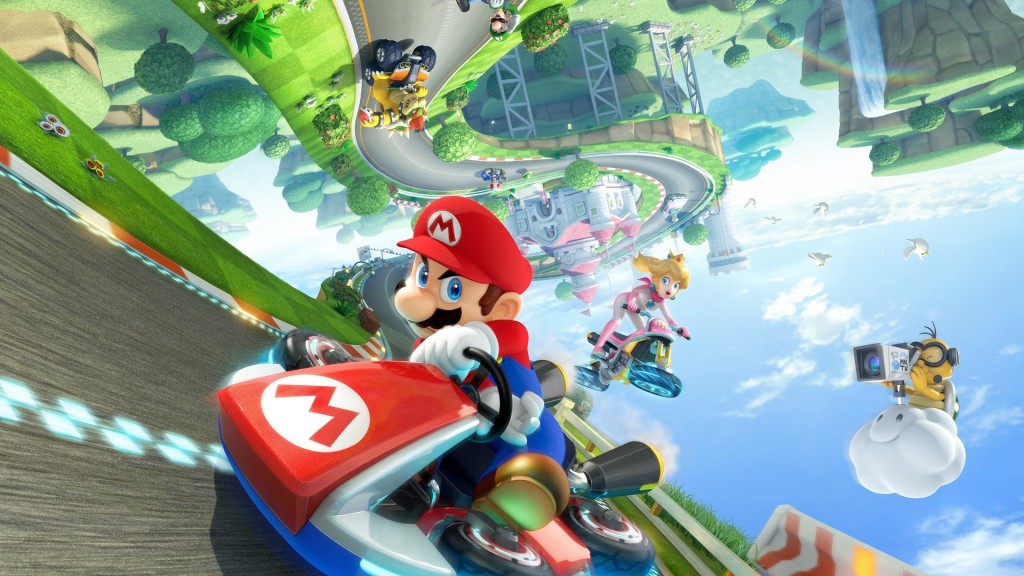 Move out of the way, Mickey Mouse! There’s a new crew speeding through to a TV near you, and it’s Mario and his gang! This week, Disney hops aboard the eSports hype train, the ‘Terran God’ retires, and Microsoft asks for your best HoloLens ideas.

Disney is ready to get in on some eSports action. Earlier this week, Disney XD announced a new show called Clash of Karts: Mario Kart 8, which will pair young gamers in four teams to compete in a live Mario Kart tournament, reports VentureBeat. The players will also be coached by popular YouTube Gaming personalities like AtomicMari and SethBling. With the fast growth of both YouTube entertainment and eSports in mainstream culture, Disney’s partnership with Nintendo on Clash of Karts shows a promising alignment with the interest of its young audience.

Speaking of eSports, Lee “Flash” Young Ho, a StarCraft legend and industry veteran, officially retired this week at the ripe ‘old’ age of 23. Flash started competing when he was only fourteen-years-old, as one of the youngest pro players in the StarCraft: Brood War scene. The Korean pro was known as one of the best Terran players, winning five major tournaments in 2010 and earning himself the nickname “God.” Through his nine-year career, Flash was a tremendous influence on the eSports community and was even turned into a meme. As for his future, Kotaku reports that Flash plans to complete his mandatory Korean military service and eventually work towards a coaching position with his long-time team, KT Rolster.

Microsoft is on the hunt for the next great HoloLens app, and it wants your help! Microsoft has launched a new online contest asking the community to contribute its best app ideas for the augmented reality device. According to GameSpot, users have until January 11th, 2016 to submit an idea which will be judged by Microsoft’s development team. The top three ideas will be put to a public Twitter vote and the winning proposal will be developed and completed by Microsoft. So far, top ideas include a hologram Cortana, an augmented piano teacher, and even a Pokémon collaboration!