Why Isn’t Instagram at Least as Evil as Zynga? 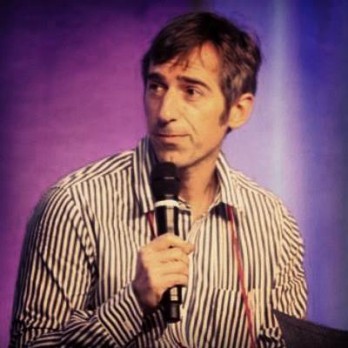 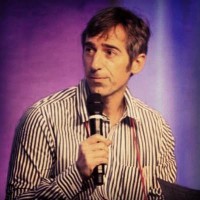 Perhaps people can understand a strategic rationale for Facebook buying it, or competitive impulse, but the befuddlement remains.  You can hear the suppressed snicker coming from the mainstream business prairie: they weren’t making money, but hey, for the team itself, hooray!  Everyone agrees they’re really nice young men, who network and took risks.  They are poster boys for the Stanford-Silicon Valley axis.

Would people feel the same way about Instagram as a company if they did make money from their users?

They could insert an ad, spam your friends, or give you a premium upgrade only if you filled out a survey. They would share in Zynga’s original sin. There are other reasons Zynga may or may not be evil — options cancellations, labor practices and the like — but it is unlikely these are abnormal and surely the case that they are examined intensely only in the wake of their basic game philosophy of, and success from, compulsion loop design.  “Copying” is the other charge, but widespread in the industry, and goes back to the dawn of video game time.

Imagine an alternate history where Zynga relied on the capital markets instead of their user base to monetize. Imagine they sold for $1 billion just on the promise of how a user base could be monetized rather than how they actually did monetize. Zynga monetizes now, Instagram monetizes later, and by a different corporate entity.  Anyone that believes “Zynga is evil” must also hold that the corporate shower of riches on Instagram is even more nefarious. Their user base was “hooked” on beauty instead of compulsion loops, only to be revealed ultimately as corporate assets, passively awaiting their harvesting by Facebook.

When Shay Pierce of OMGPOP turned down the offer to join Zynga, he went out in a blaze of Gamasutra glory.  He warned:

A “good” company is one which provides goods or services of real value in exchange for a fair price. A good game company recognizes that its developers are the ones who create that value, and treats them as valuable, especially if they are good at what they do. It follows practices that are sustainable. And it ensures that, at the end of the day, the world is a little better for having their goods and services.

An evil company is trying to get rich quick, and has no regard for the harm they’re doing along the way. It’s not making things of value, it’s chasing a gold rush.

This evil company moving fast on an acquisition was taking very normal preventative steps for their intellectual property. But the game Shay made and “loves,” Connectrode, was in jeopardy, or so he thought.  A game whose video is self-described as an “Addictive” “evolution” of Bejewelled, Mario, and so forth.  In other words, Zynga, just not as successful.  Even the art form of the haughty public resignation letter was an iteration on something that had been just been done two weeks before.

What are the PR lessons from the respective public responses to the startling ascendancy of these two different companies?  The strategy for public positioning of companies needs to take two powerful psychological biases into effect: anchoring and confirmation. One creator of addictive iterative games calls Zynga evil and it is uncritically accepted and propagated. NimbleBit’s Tiny Tower rips off Corporation Inc. only to have Zynga do the same to them, but is lauded for their sarcastic lob.

While a private company, Zynga was transparent to the point of being cavalier about their culture, aims, and monetization.  That could have originated out of Silicon Valley philosophy, carelessness, or speed.  Whatever the reason, no effective or persistent defense was made about the value that they were bringing to bear.  The fact of the matter is, Zynga games are fun too: objectively so.  Fun in the very elemental sense.  They are friendly, brightly colored, and not too taxing.

Is this worse than any other form of consumer entertainment product that isn’t a labored indie film?  “Gamerz” protest too much and play these games in bespoke fashion. Yup we’re just doing it for research. For our kids. To see what’s happening in the industry.  Let me see just how stupid…level 10 is.

Cow Clicker is a nice shot at Farmville — it’s also a shot at Skyrim?

Skyrim is so much higher quality but, quick, what is the literary quality of these place names: Eastmarch, White Run, Dragon Bridge, Winterhold.  Quality is a difference of degree rather than type. In each game you customize, click, and level up, with a different number of dimensions and more bloodshed than in Castleville.  Obsessed with communicating their corporate growth, Zynga never made it OK to like or admire their games as a product.  The financial prospects Zynga demonstrated saved the game industry from a normal console transition downturn.  There is no Kabam, Kixeye, Funzio, Crowdstar, and so on without Zynga.

Don’t flash your headlights in urban areas.  Al Gore claimed to have invented the internet.  Zynga is evil.  People look uncritically for confirmation of their beliefs.

Take two casual photographs: Mark Pincus is photographed in Vanity Fair, lord of all he surveys, from his condo.  He’s already rich.

The most smug photo I can find of the Instagram guys is still that they’re jus’ brogrammers, in some class B office space, maybe fresh from hacking:

We can not help but interpret these photos with information we already know.  Imagine the positions were reversed: the above photograph was of a photo filter CEO.  Beautiful city, shaded to orange.  Below, the punk manipulators of lonely middle America.  Don’t the smiles look a bit more cocky, the office more ominously clinical?

The lessons between Instagram and Zynga, both dazzling and great companies with different public perceptions:

1) Companies should zealousy discuss the value they are bringing to the world.  Discuss the vision that inspires the product line, not just the anecdote behind the corporate name (though that humanization is probably Zynga’s most effective consumer media message.)  Failure to do so opens interpretation to lowest common denominator possibilities – you’re just in it for the money.

2) Companies — but more particularly, the people creating them — should not talk about the financial benefits they have subsequently reaped or were going to reap.  Descriptions that someone is now “rich” are hard to latch onto, be envious of and tear apart.  Specific dollar figures are easy to.  (See any public executive officer compensation report.)  Rare is the response of a Paul Graham to any quantification of income inequality.  This works in reverse too. Simply saying one is charitable has minimal effect.  Giving away half of your income is tangible: even if you’re not giving it to old Skype employees.

3) Transparency is only effective if complete, and properly segmented. There is no such thing as complete information. If your transparency is simply “shocking revelation” (or even tongue-in-cheek revelation, or whimsical attention-getting revelation) it will be pulled out of context.  Zynga was transparent, Instagram was not but Zynga didn’t win any points from the blogosphere or the professional community for it.  When in conversations you need to know the motivations of the reporter (/analyst/blogger/customer.)

4) When monetizing something that had previously been free (or uncluttered), you have perilous waters ahead.  Success with many customers will mean failure with others.  You may risk backlash.  Proper messaging about the changes need to be done in advance, not in response.

Communications plans should incorporate strategies for success as well as failure. Aim for transparency but support it with a clear narrative.  Journalists start out wanting to like you. They want to see a company succeed; to talk about the transformations made possible by technology, and see the local kid do good.  Zynga was once that kid, just like David Morin’s path.io might be today – and at a crossroads. Are they a visionary networker or cynical monetizer?

“A few weeks before f8, Morin had coffee with Mark Pincus, the erstwhile founder of Tribe.net, co-owner of the sixdegrees social networking patent, and early investor in Facebook.  Pincus told Morin excitedly that he intended to build a poker application for the new platform.  “It won’t work,” Morin asserted dourly.  “Games aren’t viral.” Pincus went ahead and launched Texas HoldEm Poker on Facebook, starting a company called Zynga, which was headed for huge success.” –David Kirkpatrick, The Facebook Effect

When pushed, most entrepreneurs will confess their jealousy for this early insight. It is easier to discount the visionary as evil, that they are somehow winning through unfair play. “Zynga is evil” might be the Phiten necklace of the videogame industry: Something objectively not especially true but a (consoling) motivator, at least until the Zynga buyout offer comes around.