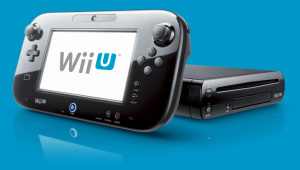 One of my biggest gripes about the Nintendo Wii was the idea of having to jot down lengthy friend codes to play with friends and colleagues online. Talk about counterproductive measures to experience “social” gaming. However, earlier today, it was revealed that multiple user IDs will be able to be stored on the Wii U, which also means Friend Codes are now a thing of the past.

Sites like Destructoid are confirming that Nintendo has officially set the record straight, stating, “Our plan is to replace Friend Codes with a much more user-friendly Account ID system, which employs user-created account names.”

Finally, Nintendo has caught up to the consoles (and mobile devices for that matter), allowing quick, immediate connectivity to friends without the ridiculous number sequences previously required to connect. This just went a long way in getting me further intrigued in the Wii U’s launch, which is slated for November 18.

With a handful of launch titles featuring multiplayer capabilities, including Call of Duty: Black Ops II, Wipeout 3, FIFA Soccer 13, and Sonic & All-Stars Racing Transformed to name a few, you can bet friends looking to play together across the country breathed a collective sigh of relief around today’s Nintendo reveal – myself included.