It’s been almost eight years since the Xbox 360, PlayStation 3, and Wii launched. It was quite a spectacle; the gaming industry boomed and helped create new ventures in e-Sports and online broadcasting. Gaming became a mainstream phenomenon.

Yet, there seems to be a lack of enthusiasm for the new console launches.

When the PS3 and 360 were announced, my jaw literally dropped when I saw what was in store for me and my friends. It was impossible to contain the excitement and buzz for those consoles. We wanted it. We couldn’t wait. Our fingers were ready to push buttons and wobble joysticks like fiends. This year’s launch of the Xbox One and PlayStation 4 had no magical sense of excitement like the one that I felt with its predecessors. The graphics look spectacular, but it’s not a major leap from where we left off. The launch lineup for both consoles is mediocre, with no title taking the lead as a must-own.

It feels so… underwhelming.

Yet, that hasn’t stopped both consoles from having record-breaking sales on their launch days. It’s a sign that there has been a shift in the industry: the conversation has moved from the “measuring sticks” debate on who has better processing power or visuals to a battle over the ultimate living room experience. 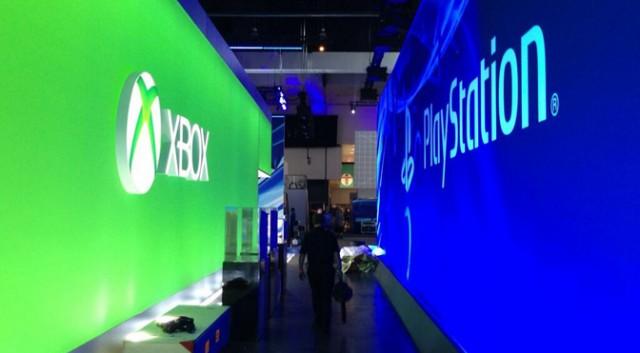 Graphics are no longer the key selling point. The extended capabilities each console has to offer – instant streaming, a stronger online community hub, social media and app integration – will be the heart of the console generation marathon. The PS4 and Xbox One are no longer just about playing games, but also about creating an extension to the gamer’s life. Games will always be part of the deciding factor, but now mainstream consumers have the option to choose how they want their experience enhanced.

One of my favorite features right now on PlayStation 4 is the remote play feature, allowing me to play AAA next-gen titles away from my actual console. My roommate, on the other hand, is completely sold on the Xbox One’s Kinect voice commands, letting him go hands-free to complete simple tasks to enhance his entertainment experience. It shows that Sony and Microsoft are really trying to provide similar but unique experiences to their user bases.

This (next) gen is also all about socializing. The last generation built an online foundation and paved way for the rise of e-sports. The integration of social media, online streaming, and game recording is going to be an integral part of the gameplay experience. Who knows what else Sony and Microsoft will have in store for us in the future?

The dust hasn’t settled and we probably won’t know who the real winner of this console generation is for a long time. With the limited fanfare, it’s hard to tell. Sure, Sony won the hearts of many with its policy on being DRM-free, but that quickly flatlined as Microsoft caught up with its own changes. I’ve got a good feeling that all of this is just a calm before the storm; I’m expecting the battle to heat up next year during E3 2014 as both companies start landing on their own two feet.

A recent keynote at the Develop conference by Hello Games’ Sean Murray cast a harsh light on the realities of publishing downloadable games on home consoles like Microsoft’s Xbox Live Arcade, Sony’s PlayStation Network and Nintendo’s WiiWare Channel. He purports that self-published games like his recently-released critical darling Joe Danger (which sold 50,000 units week one on PSN) are both more successful and more profitable than those of major studios.

Arguably the most popular digital download channel, Apple’s App Store offers an extremely low barrier to entry – just $99 for a dev-kit and a revamped review process that sees new apps approved or denied in as little as three days. While a few iPhone gaming giants have emerged, there’s still plenty of room for a basement programmer to strike it rich (or at least make the “What’s Hot” list). In contrast, console gaming depends on the distribution models established decades ago by the book publishing industry. In order to get a disk-based game into players’ living rooms, developers must partner with a publisher who sets up the distribution (including dubious deeds like retailer exclusives). Self-publishing a game with a box and a manual is borderline impossible. But even when it comes to the zeroes and ones that comprise downloadable games, Murray perceives major developers as more of a burden than an asset to young development studios.  According to his research, casual card, puzzle and word games make up 31% of the offerings on console download services but less than 5% percent of the sales. This flies in the face of the notion that casual players fuel the download market.  In fact, it’s the long-time, hardcore gamers that are driving downloadable game sales, as evidenced by the top three selling XBLA games of 2009 (multiplayer-only FPS Battlefield 1943, oldschool-inspired beat-‘em-up Castle Crashers, and controller-crushingly difficult dirt bike platformer Trials HD). While the EA-published Battlefield may owe part of its success to the series’ long history, the other two titles were created (and published) by tiny development teams.

Murray argues that big publishers offer very little to developers in the downloadable games market, and this stems from both lack of experience and lack of effort or interest.  As he puts it, the person in charge of the digital download services at most publishers “is not necessarily the biggest deal for the overall structure of the publisher.” For the time being, Joe Danger is exclusive to PSN – Sony makes their development tools readily accessible, unlike Microsoft and Nintendo. As a passive rebuttal to the PSN Store, Microsoft created the Xbox Live Indie Games channel (née Xbox Live Community Games), and while it’s relatively easy to get a title published there, the games are incredibly difficult to locate, let alone market and promote to fans.

So what’s a developer to do? For PlayStation games like Murray’s Joe Danger, the money saved through self-publishing could be spent on a high-caliber PR agency (ahem) to spread the word and boost downloads. For a game destined for XBLA or WiiWare, write your local congressperson! And be patient. As consumers become more and more comfortable keeping their entertainment in the cloud, the move toward online stores will pressure companies like Microsoft and Nintendo to revise their strategy.

There’s one other major stumbling block – NPD sales data for downloadable games is between difficult and impossible to obtain.  As a result, publishers can’t use existing titles as a reference point to gauge the risk and potential profit of developing a new game.  If the console giants would relinquish this information and break down other barriers to entry, publishers both great and small could bring more creatively adventurous titles to market. With this capitalistic system, gamers would enjoy all types of new options, from big-screen versions of the $.99 bite-size games that dominate the App Store to $30 small entrées that don’t fit the current pricing/distribution mold. With vibrant, fun-focused games like Joe Danger, the reign of the murky brown über -macho FPS may be coming to a close. It’s simply up to us, as the nerdy masses, to e-vote with our digital wallets.

It’s official. Microsoft’s Xbox 360 and Sony’s PlayStation 3 have now both received the biggest friend request in social gaming history – from THE friend of friends, Facebook. The Facebook Blog shares a wealth of details it’s new 360 availability, and in a PS3 firmware v3.10 preview post on Tuesday, the PlayStation Blog officially stated what rumors predicted last week (me too!)

But Facebook isn’t the only social service seeking friends –  Twitter is also part of the game console social update bonanza, for both 360 and PS3. There are over 2 million concurrent users on Xbox Live, and now they can all tweet, poke, snoop and share to their hearts content. Please excuse me while I go purchase stock in console keyboards.

Facebook’s Blog talks social-console integration: “Games are more fun when played with friends, which is why they are among the most popular activities on Facebook. We’re excited that beginning today the social game experience is coming to Xbox Live, so now you can play Xbox games with your Facebook friends.

More and more services are integrating with Facebook to make it easy for you to connect with friends wherever you are — including websites like Digg, devices like the iPhone and desktop applications like iPhoto.

The Xbox Facebook integration allows you to take part in some of the most popular activities on Facebook directly from your living room on your television. With Facebook for Xbox, you can update your status, browse updates from your friends and view photos on the big screen. You also can link your Facebook profile to your Xbox Gamertag to find your Facebook friends and connect with them on Xbox Live. It’s never been easier to discover friends you never even knew played Xbox.”