This week, Ninja’s deal with Mixer sheds a different light on the streaming industry, the Big Three say no to import taxes, and Riot Games looks to the future with external licensing opportunities.

END_OF_DOCUMENT_TOKEN_TO_BE_REPLACED

In this week’s gaming news, Sony announces it will not be present at E3 2020, the future of GameStop is bleak following a poor holiday season, and YouTube smacks Twitch by stealing three more top streamers.

END_OF_DOCUMENT_TOKEN_TO_BE_REPLACED 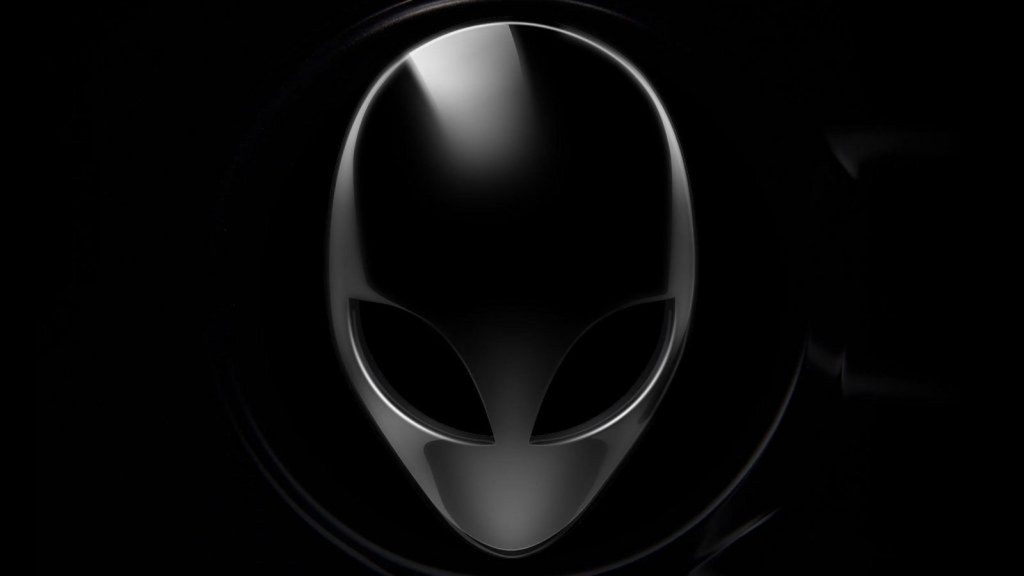 In the first TPoI of the year, Alienware surprises at CES with a handheld gaming PC and Razer launches gaming controllers for smartphones, and AARP reveals that grandma is getting into gaming!

END_OF_DOCUMENT_TOKEN_TO_BE_REPLACED

YouTube changes online content rules, relaxes restrictions on violence depicted in gaming content
YouTube altered its content guidelines this week to relax restrictions on depictions of violence in video game content. Under the updated guidelines, content creators can show gameplay that contains “simulated” or “scripted” violence without an age-restriction label, enabling more viewers to access content. In a recent post on Twitter, Ryan Wyatt, YouTube’s global head of gaming and virtual reality, explained that the decision was made to ensure gaming creators have “full transparency” around the content they create for the platform. Age restrictions will remain in place, however, for videos that focus solely on gore or violence. Variety, Engadget, Kotaku, and more reported on the news.

Riot Games ventures into video game publishing with Riot Forge
Greg Street, vice president of IP and entertainment for Riot Games, took to Twitter this week to announce the company’s foray into indie game publishing. Called Riot Forge, the new publishing arm will partner with outside studios to create single-player, story-driven games within the League of Legends universe. In a statement to The Verge, Leanne Loombe, the new head of the publishing label, stated that the company is seeking partnerships with studios who are already established and have a “unique identity.” These studios will assist in building the company’s library of “completable” games, which Loombe explained is something Riot Games is not traditionally experienced in. The publishing label’s first game will be revealed during The Game Awards this month. GameSpot, PC Gamer, Rock Paper Shotgun, and more weighed in on the news.

Facebook acquires Beat Saber developer Beat Games
Beat Saber, the popular virtual reality rhythm game, became a part of the Oculus Network this week after Facebook bought developer Beat Games for an undisclosed price. Under the Oculus Network, Beat Games will continue to operate as an independent studio, but the added support from Facebook will assist in content updates for the hit title, including more music, modes, and social features. The acquisition is a stepping-stone for the Oculus Network, notes TechCrunch, as Facebook is shifting its gaze to hone in on cross-platform, high-profile studios instead of indie exclusives. VentureBeat was intrigued by the acquisition and stated, “I believe Facebook has a plan here to make itself a more necessary part of of VR and AR, and its realization is on the horizon.” Outlets such as Polygon, Gizmodo, and more wrote about the news.

In gaming industry news this week, Microsoft looks like the early winner in cloud gaming, Amazon looks to join the game streaming fray too, and Valve reemerges with news of a Half-Life game in VR, coming soon.

Microsoft announces launch date, additional information for Project xCloud following the launch of Google Stadia
During X019, Microsoft’s corporate VP Kareem Choudhry released more details about the company’s game streaming service, Project xCloud, ahead of launch. Coming to the US in 2020, xCloud will be compatible with Android devices upon launch, with support for iOS, Windows 10, and international markets coming later. Press were quick to compare xCloud with Google’s newly-launched Stadia, with consensus being Stadia does not live up to expectations. The Verge, Windows Central, and CNET listed price, compatibility, features, and a small games library as pain points for Stadia. xCloud, on the other hand, will launch with access to Xbox Game Pass’ library of hundreds of titles, compatibility with Sony and Razer controllers, and will not need any additional hardware. CNET said, “Project xCloud already gives me something I need and it’s only in beta…If there is a ‘Netflix for video games’ service that has a shot at going mainstream, it’s Microsoft that’s almost there.”

Amazon to enter the game streaming market as soon as next year
According to The Verge, PC Gamer, and Comicbook.com, Amazon will soon be joining the competitive cloud gaming market with its own streaming service next year. New job postings for an “AWS Gaming Initiative” and engineers that would work on “cloud games” recently surfaced online, prompting press to speculate that Amazon could launch the service in time for Xbox Scarlett and PlayStation 5. While the outlets note that it makes sense for Amazon to launch a streaming service due to its ownership of Twitch, Forbes wasn’t convinced. It said, “I have no reason to expect an Amazon game streaming service would make any more of an impact than Stadia seems to be at the moment, short of some sort of massive shift in the model that unveils a huge catalog of games offered as part of a low cost subscription…Good luck Amazon, you’ll need it.’

Valve bringing popular Half-Life series to VR with new game, Half-Life: Alyx
After more than 12 years, Valve announced a new game in the beloved Half-Life universe this week, though to mixed sentiment and reaction from press and fans. Half-Life: Alyx is a VR game coming in 2020, and is set to be a prequel to the games already released in the series. Forbes wrote, “It’s Valve’s first (of three) AAA VR games and I find the news so, so very depressing,” echoing fan sentiment that the project isn’t the Half-Life 3 fans wanted and were expecting. Other outlets like PC Gamer and The Verge honed in on the VR aspect and wrote, “It’s about time VR had a system-selling game”, while Quartz commended Valve’s decision to release the game on a variety of difference VR devices instead of exclusively on its own VR headset.

In this week’s gaming news breakdown, Google will be releasing Stadia without core features, Apple announced its foray into the Mixed Reality industry, and Twitch launched an app to assist new streamers in content creation.

Concerns raised for Google Stadia launch
Google’s cloud-based gaming platform Stadia launches next week, and the company recently unveiled the lineup of games that will be available upon release. However, many have expressed concern over what Google Stadia will not have at launch. In an official thread on Reddit, Stadia representatives explained that several key features, including Stream Connect and Crowd Play (multiplayer), an achievement system, family sharing, buddy passes, and more, will not be available until sometime next year. This has caused Kotaku, The Verge, and Ars Technica to call the success of the platform into question. Forbes went as far as saying, “I have been a Stadia skeptic for a while now, but frankly, Google is making it kind of hard not to be.”

Apple to enter the Mixed Reality market
Apple will officially enter the Mixed Reality (XR) market as early as next year, reports Bloomberg. Apple’s engineering team has already begun working on XR hardware and software, and plans to have AR functionality for the iPhone and iPad by 2020, a VR headset on the market by 2021 or 2022, and AR glasses by 2023. IGN and Eurogamer wrote that the VR headset will not only be used for playing games, but also for watching videos and even holding virtual meetings. “The news comes as no surprise, as Apple CEO Tim Cook had previously expressed great interest in VR and AR,” said Hypebeast, especially after Apple’s recent acquisitions of XR-focused companies such as Facshift and Emotient.

Twitch launches broadcast software to assist new streamers
TwitchStudio, the new broadcasting software meant to assist new streamers, quietly launched for PC this week. The app offers users a quick setup process and streaming tools to make their videos look and sound professional, even without prior broadcasting experience. The app will also help streamers interact with viewers through built-in alerts, an activity feed, and integrated Twitch chat. TechCrunch, The Verge, and Rock Paper Shotgun noted that the app was created to make streaming less intimidating for those who are on the fence, therefore widening the content creator community. PCWorld was optimistic about the new software and said, “With Twitch Studio, Amazon could start bringing in new homegrown talent to replenish its ranks and extend the streaming service’s considerable reach even further.”

This week, YouTube took up arms against Twitch and Mixer, China placed heavy video game restrictions on its minors, and recent video game sales prove that software is king to hardware in 2019.

END_OF_DOCUMENT_TOKEN_TO_BE_REPLACED

In this week’s gaming news, popular entertainment news outlets Deadspin and Kotaku are in the middle of an organizational shake-up, Electronic Arts reignites its partnership with Valve, and Sony cuts costs by eliminating its PlayStation Vue TV service.

END_OF_DOCUMENT_TOKEN_TO_BE_REPLACED

In this week’s gaming news breakdown, Mixer and Twitch continue the battle for top streamers, Ubisoft changed the release date of multiple AAA titles, and Bethesda expanded its foray into the mobile games market by acquiring Alpha Dog Games.

END_OF_DOCUMENT_TOKEN_TO_BE_REPLACED

This week, Riot Games puts the “games” in Games with announcement of new upcoming titles, and Google commits to launching Stadia next month.

END_OF_DOCUMENT_TOKEN_TO_BE_REPLACED 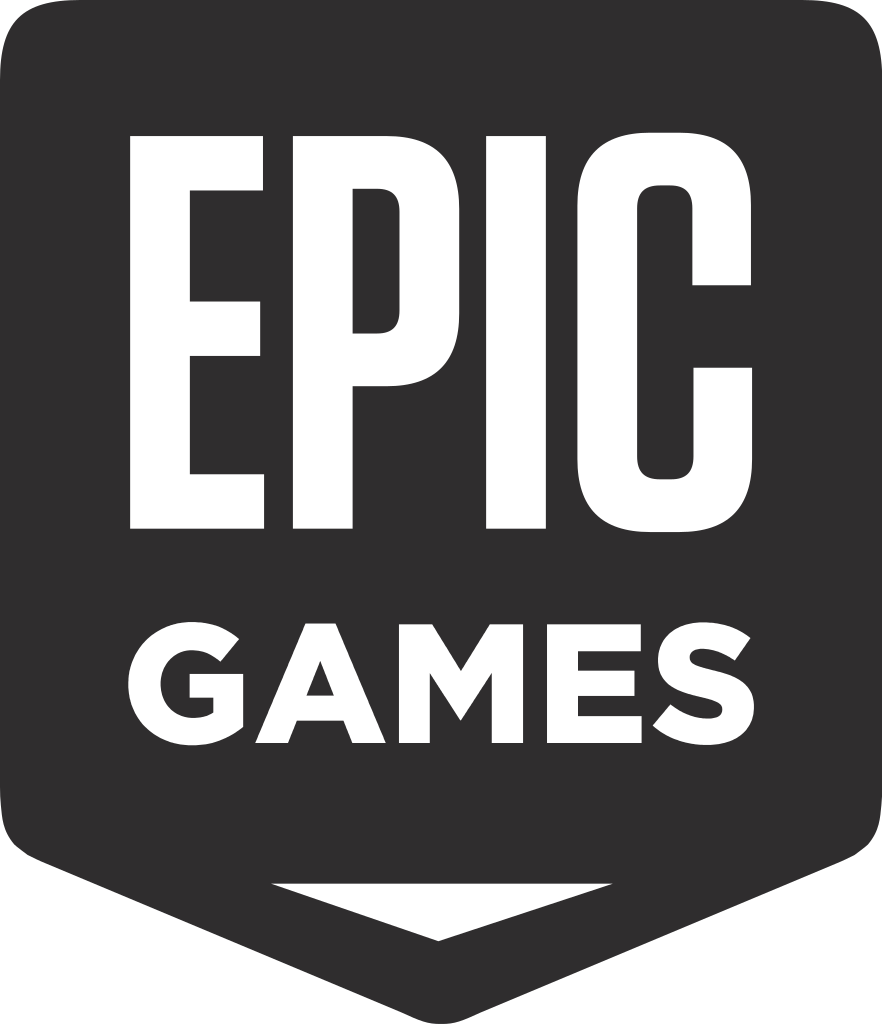 END_OF_DOCUMENT_TOKEN_TO_BE_REPLACED

This week, Switch Lite users joined the class-action lawsuit against Nintendo for “Joy-Con drift,” Sony made pricing and selection alterations to its PlayStation Now streaming service, and the developers behind the Mario & Luigi RPG series filed for bankruptcy.

END_OF_DOCUMENT_TOKEN_TO_BE_REPLACED

In this week’s gaming news breakdown, Google launched its own game subscription service for Android, Nintendo released Mario Kart Tour to a slew of mixed reviews, and Facebook revealed a number of improvements coming to the Oculus Quest.

END_OF_DOCUMENT_TOKEN_TO_BE_REPLACED

This week, a leaked ESA pitch deck provided a glimpse into the potential future of E3, and both Apple’s Apple Arcade service and Nintendo’s Switch Lite console launched to positive reviews.