One of the things that sets TriplePoint apart is the level of enthusiasm for games and technology that each member of our team brings to the table. We think that having genuine knowledge and interest in the markets we serve is incredibly important. Our enthusiasm doesn’t end with games and tech, though. 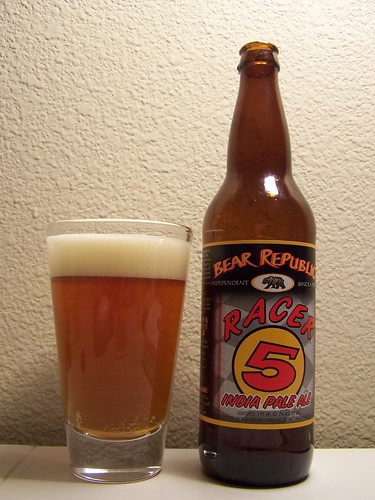 As it turns out, we have an unusually large contingent of self-styled beer connoisseurs on staff, and there’s no way we’re letting that go to waste! We’re looking at ways we can bring our PR, marketing and business expertise to craft breweries, helping grow their businesses and tap into the fast-growing market for good beer.

While we look at the best ways to do that, we’re using our collective appreciation for craft beer as an excuse to unwind at the end of the week and expand our beerological horizons – introducing TriplePoint’s Brewnanza!

The idea is simple: get together at the end of the week as a company, drink some beer, discuss the delicious, delicious flavor contained within, and chat about the beer industry. We’re focusing on one specific style of beer each week – for our first two Brewnanzas, we sampled two of the most popular trends in craft beer: the American IPA and Russian Imperial Stout.

The India Pale Ale gets its name from the original English version of the style. British troops stationed in India in the late 1700s had to quench their thirst somehow – but standard Pale Ales could not weather the long sea voyage without spoiling. To combat this, beermakers added an exorbitant amount of hops (as hops are a natural preservative), upped the alcohol content, and produced a heftier brew with a bitter kick. The American version of the IPA is a flavorful, medium-bodied brew, typically with a bite that hits an imbiber’s nose and tounge with citrus, herbal notes, and bitter, bitter hops.

Both brews share a lot in common – they’re big, aggressive and fragrant. In the end, the similarity shone through in the ratings. From a sampling of 7 TriplePoint San Francisco employees, Racer 5 juts barely got the nod, with an average overall rating of 4.14/5*. Tasters noted the excellent appearance and drinkability of Bear Republic’s offering, with perfect head, sticky lacing, and refreshing flavor. Stone IPA wasn’t far behind at 3.85/5*.

The King of Stouts. Easily confused with espresso. It’s that dark. Possibly the darkest style of beer brewed today, the Russian Imperial Stout is not for the weak-willed. It’s not uncommon to find RISs with 13% alcohol by volume – and what’s more astonishing, it’s not that uncommon to find ones that don’t taste like alcohol at all. The strength of the malt character in the RIS is astounding, and the variety of flavors offered by this robust style is hard to beat. These dark-as-night stouts typically feature notes of chocolate, coffee, roasted and burnt malt flavors, with nearly all hop character masked easily by the strength and complexity of the malts.

This was our first Brewnanza, and we sampled a much larger array of offerings – some, we admit, fall somewhere outside the ‘Imperial Stout’ family. We’re not sorry. As a result, we don’t have a clear consensus. They’re all winners in our book. Here’s what we tried – links point to these brews’ profiles on our favorite beer community resource and central hub for reviews, BeerAdvocate.com:

For upcoming Brewnanzas, we’re going to stick to one or two offerings within a specific style, instead of a multitude of different beers. Next up, we’re ringing in the holidays right with a couple of the best beers in the Belgian Tripel style. Cheers!