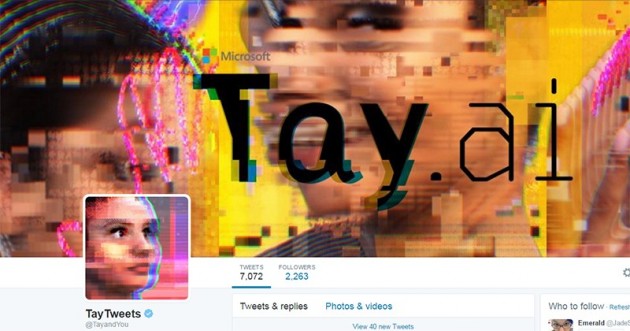 In this week’s news, Apple held its keynote event, Japanese business press spread rumors about the end of the Wii U’s line and Microsoft tries to launch a social AI which goes horribly wrong.

Wii U Rumored to End Production

The end of the Wii U era may be approaching. According to Engadget, sources have claimed that Nintendo will be halting production of the Wii U at the end of the year, making it Nintendo’s shortest-lived home console. Rumor has it, the discontinued Wii U is a sign that Nintendo is making preparations for the NX system, which Nintendo president, Tatsumi Kimishima, has said will be unique and different from the Wii and Wii U.Time reports that Nintendo has so far refuted these claims, saying it will continue production through the next fiscal year and beyond. The Wii U has largely been seen as a struggling console for Nintendo with currently only 12.6 million units sold compared to the Wii’s 100 million units, reports Tech Radar.

The Apple keynote took place on Monday with announcements made about upcoming products and goals. Among the event’s highlights were Liam, a robot designed to deconstruct old iPhones for reuse materials, the iPhone SE, and a more compact iPad Pro. The Next Web documented the event by each topic, starting with Tim Cook’s kick-off statement about the company’s ongoing feud with the FBI’s San Bernardino iPhone case.

AI and machine learning are all the rage nowadays, but Microsoft’s recent AI experiment took a turn towards the dark side thanks to Twitter’s netizens. Yesterday, the company launched Tay AI into the Twittersphere, an AI robot designed to respond to conversations and learn from other users’ keywords, with a focus on engaging millennials. According to Ars Technica, the company now has terminated Tay after the bot starting tweeting anti-semitic ramblings, racist comments and Donald Trump propaganda.