In Gary Shteyngart’s novel Super Sad True Love Story (Random House, 2010), the schlubby protagonist clings to his old-world ways, doing his best to resist the overabundance of technology and information that barrages him in a not-too-distant-future version of New York City. He is starkly contrasted by his love interest, a younger woman who has grown up with these perpetual streams of stimulus and embraces them without question. The book tells a cautionary tale of personal connections and human relationships gone awry, replaced almost entirely by digital communication and instant, unlimited access to data. While I’m tempted to shrug off this dystopian future, a startling amount of this tech exists already and is gaining popularity. In this way, Shteyngart’s novel feels uncomfortably akin to nonfiction. 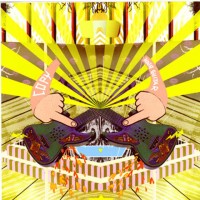 Highlight & Glancee were recently deemed the kings of South By Southwest (SXSW 2012), while peripheral nods were given to their competitors like Banjo & Sonar. These apps show you information about those around you. More specifically, they display location-based Facebook interests and Facebook friends-of-friends of people who are physically near you, in the same bar or on the same street. The impetus to browse search results, judge potential connections and act upon them is up to each individual user, but these apps provide opportunity. For more information, Robert Scoble gives a stellar rundown on The Next Web.

Info and images, social networks and video chat, newsfeeds and live-streaming, and above all the shopping, Shopping, SHOPPING – all of this is beamed to äppärät users in real-time, a userbase that includes basically everyone on Earth, minus the destitute and the elderly. While specifics are never given, the äppärät is described as a futuristic iPhone where a haze of holograms replaces the touchscreen and display real-time information on and around the user. The latest äppärät is a small pebble-like device worn like a trendy necklace, a cell phone immune to the battery woes of today. Nothing in the book is so futuristic that I can’t imagine it becoming commonplace in the next year or two.

With these new apps, the data used for comparing and ranking your nearby peers is pretty mundane: movies and bands you like, your favorite cuisine, perhaps the schools you attended. These are things that any Facebook friend could learn about you, but when this info is automatically sent to strangers in text-message-like pings, it changes from passive to active data. You are broadcasting information about yourself to anyone who has downloaded a free app – I can wait while you go update your Facebook “likes.”

The data being sent around by apps like Highlight is rather innocuous – it’s strictly qualitative stuff. But Super Sad True Love Story takes data-sharing to the extreme, where anyone with an äppärät can see quantitative data like your credit rating, your cholesterol level and even your annual salary. In this novel, not only is privacy dead, it’s been long-forgotten.

Before apps like Highlight can gain widespread adoption, they’ll need a filter system (such as a minimum number of friends in common) to weed out the surge of false-positives. For instance, you’d be more inclined to chat up someone with 6 common Facebook friends than someone with only one third-degree connection. Similarly, you might not shy away from approaching a stranger if you had a very specific interest in common; millions of people like Radiohead, but as a New York City resident, I’d happily chat with another fan of Portland, Oregon’s DJ Copy.

In the not-too-distant-future, speaking to another person… out loud… face to face will be so uncommon that it gives rise to the term “verbal-ing.” In the novel, everyone is surrounded by three-dimensional clouds of information, images, advertisements and videos. Even today, it’s too easy to get sucked in by the distractions of a smartphone and miss the real world around you. But apps like Highlight are not as ominous as they may initially sound.  By encouraging people to socialize and meet new friends, these apps turn a few common interests into the potential for a friendship, as it was in the pre-smartphone era.

For more info, check out a video interview with Shteyngart on the äppärät via TechCrunch.

I know exactly how you feel, it scares me that privacy will soon be something only suited for sociology history books. With so many pings and dings in all the networks and programs we use, I find the idea of “relaxing” once meant a vacation to Cabo, now simply means “time to disconnect completely.”