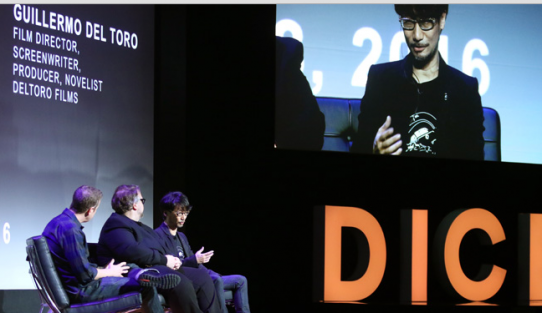 In this week’s TPoI: the DICE Summit hands out awards, including their Game of the Year, Kabam refocuses its company and cuts back on staffing, and Elite Daily covers eSports’ role in gender equality.

Bethesda’s Fallout 4 was awarded Game of the Year at last week’s DICE Summit, as reported by Kotaku. Todd Howard, the director of Bethesda, also revealed at DICE that the studio is developing three entirely new games that are, “”different than things they’ve done before”, as reported by GamesIndustry. The DICE Summit’s top winners also included games like Ori and the Blind Forest, Rocket League, Star Wars Battlefront and The Witcher 3. Hideo Kojima was also inducted in the Academy of Interactive Arts and Sciences’ Hall of Fame, and was presented his award by film director Guillermo del Toro.

Kabam Lays Off 8% of Staff

Kabam is reportedly laying off 8% of its mobile games workforce this week. The San Francisco-based mobile game developer says the move is a strategic decision made to refocus its efforts onto fewer and bigger titles. In an interview with GamesBeat, Kabam’s CEO, Kevin Chou, explained that the company will be concentrating on free-to-play massively multiplayer mobile games like Marvel:Contest of Champions. Currently, Marvel: Contest of Champions has over 60 million players and has generated over $200 million in revenue in the past year.

How eSports Might Help Pave a Path for Gender Equality

ESports is the hot topic these days, and the latest mainstream outlet to pick up on the hype is Elite Daily. The self-pronounced ‘Voice of Generation Y’ recently wrote an article that discussed how eSports might give way to a bright future of gender-equal competition interestingly enough. The article discussed in length the growth of the industry and how physical limitations don’t stand in the way for pro-players or viewers in the scene as with traditional sports. Later on, the article also explore existing sexism within the competitive arena in an interview with Maricarmen Vargas, President and eSports Producer of Electronic Sports Puerto Rico.