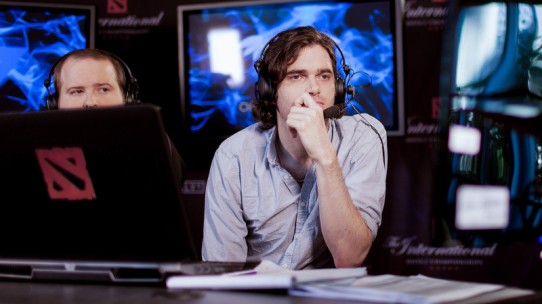 Fortune has published its list of “100 Best Companies to Work For” and Riot Games and Activision Blizzard have once again made the list. Riot Games, developer of League of Legends, has dropped from #13 to #39, while Activision Blizzard has risen from #96 to #77, reports GamesIndustry. Activision was notably credited for its improvements in employee diversification in the midst of a heavily male-centric industry.

Rumors of Yahoo’s new vertical have been circulating for a while, but now the news has been confirmed. Early this week, Yahoo introduced its own esports news and video platform: Yahoo Esports. Yahoo Esports will focus on producing “unique video content” and will cover five competitive games, including League of Legends, Heroes of the Storm, Couter-Strike: Global Offensive, Dota 2 and Street Fighter V. Variety reports the decision is a part of Yahoo’s new media strategy and is evidence of the booming esports market.

The Dota 2 Shanghai Major has been riddled with drama and trouble. The Verge and other outlets reported on the event which has been marred by delays and production issues. The tournament boasts a $3 million prize pool with a $1.1 million reward for the winning team. Much of the news has also been focused on Valve’s very public firing of host James “2GD” Harding, host of the tournament’s English-language broadcast, who made some crass jokes during his segments. On Reddit, Gabe Newell pointedly called Harding “an ass.” Harding since has issued a lengthy statement, citing mixed signals from Valve and other communications breakdowns.