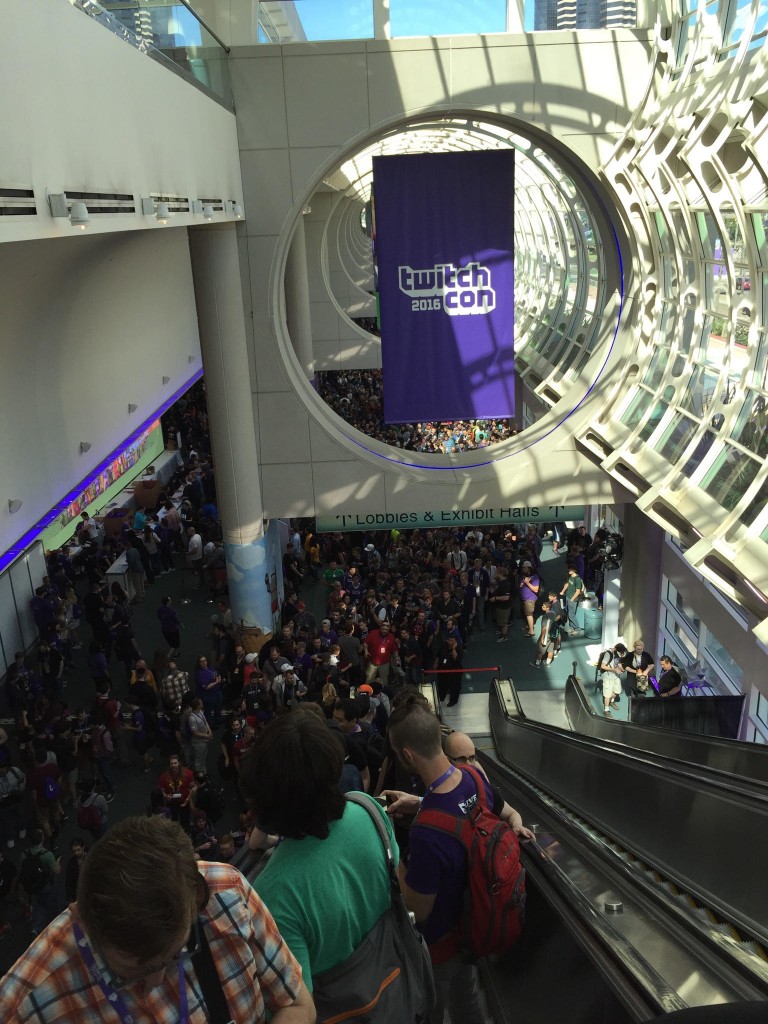 “How can we get our game on Twitch?” As PR professionals, this is a question we often hear from our gaming clients. Alongside the oft-coveted cover story in print, or the front-page online feature, the industry has now fully embraced streaming as a critical goal in a campaign to drive awareness and sales. Twitch, of course, as the dominant platform in the space, is the place to be; as of this year, Twitch has 10 million daily viewers, and 18,000 live channels producing content at any given time, as per the keynote given at this year’s TwitchCon.

One needs look only at how the market is racing to embrace streaming to appreciate the impact Twitch has had on games, from design to marketing to community management. Titles like Choice Chamber, Streamline, and the Jackbox series have taken great leaps forward in directly integrating Twitch viewers into their gameplay, and publishers and developers worldwide have taken to Twitch to share news and gather feedback directly from a live, interactive audience.

The value of Twitch for your game may be obvious, but how can a publisher or developer participate effectively? This year’s TwitchCon included a business-centric series of panels and presentations, and TriplePoint was there to take it all in. Here are some of the main takeaways to keep in mind as you plan your Twitch outreach: 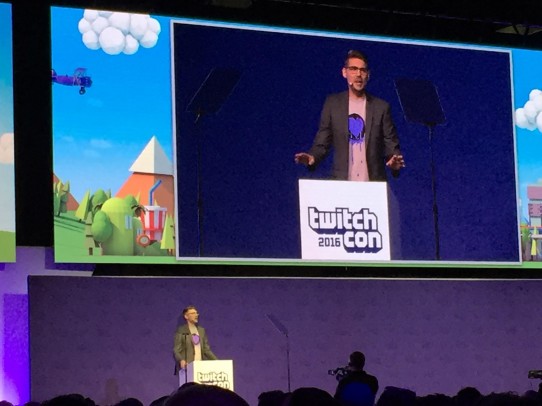 One: Any Game Can Be Streamed
Take a look at the top games currently being watched on Twitch, and you’ll see a lot of the usual suspects on any given day – globally popular eSports like League of Legends, recent triple-A releases like Civilization VI or Battlefield 1, and perennial favorites like Minecraft or H1Z1. This list is never set in stone, however, and one never knows which unlikely game or channel might jump into the top ten on any given day.

This year saw influential trends shake the most-watched list up in a number of ways. The launch of Pokémon GO marked the first time a mobile game had ever reached the #1 spot in Twitch history, and the launch of Twitch Creative put virtuoso painter Bob Ross in that same coveted position, pulling in 5.6 million unique viewers on his channel’s debut weekend. Even the original Pokémon Red was consistently in the top ten back in 2014 thanks to the incredible experiment of “Twitch Plays Pokemon,” a phenomenon which has since spawned an entire genre just for “Twitch Plays” games.

The point to remember is that anything and everything has the ability to succeed on Twitch. Your game can be swept up by the right influencers – and they are out there – but you’ll want to identify the right ones.

Two: Consider How Your Game Fits with the Streaming Format
A highly-anticipated game with a pedigreed IP or a massive marketing and hype cycle will have no problem finding an audience on Twitch, but keeping that audience for more than a few days is a matter of renewable appeal. Not every game is equally “streamable” in the long term. If your game relies on a linear story, viewers may not want to watch it more than once. If the gameplay centers on puzzles with fixed solutions, spoilers may fly fast and furious from chat.

The Twitch community may seize onto games for any number of reasons, but the ones that find a dedicated following for months or years to come – cult, niche hits like The Binding of Isaac, Darkest Dungeon, Don’t Starve, and others – do tend to have factors in common. Streamers like games that can be played in short, easily separated sessions or turns, providing them with natural breaks where they can interact with their viewers. Even better are games with random or procedural generation, allowing every playthrough to be different; a game with high stakes like perma-death also drives shareable moments of excitement and unexpected results.

These factors also point to success in the world of eSports and skill-driven multiplayer games; witness the ascent of Rocket League and Hearthstone as they provide short, discrete matches in comparison to the half-hour epic clashes of League of Legends or DOTA. If your game can be understood by a first-time viewer, yet played over and over again with wildly different results, you may just have the next Twitch hit on your hands.

The next step, then, is finding streamers to play it.

Three: Do Your Research
Just like pitching your game to a reporter or blogger, reaching out to a streamer should be done on a personal level, not with a massive email blast. In every single panel at TwitchCon, and in every conversation with a streamer, one piece of advice is repeated ad infinitum: nothing bothers a streamer, big or small, more than being approached by people who clearly have no idea what they or their channel are about. More to the point, no streamer appreciates being thought of as just their viewer count. 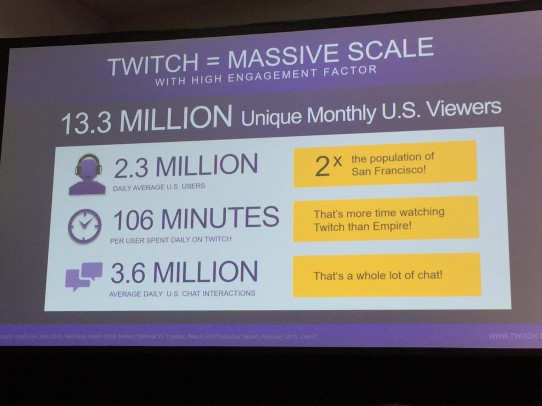 Before you email a streamer (or Tweet to them or meet them at a convention or show up in their chat during a stream), you should have an idea why you have chosen to approach this particular streamer. Are you familiar with the content they make? Does their style of play mesh well with your game? Would you be comfortable showing their stream to the intended audience of your game? These questions may seem obvious, but judging from the number of streamers who continue to complain that they receive pitches from people who have clearly never watched them, they bear repeating.

Even if you have done your research, mind, that’s never a guarantee. Streamers are increasingly in demand, and the most successful are under a constant barrage of pitches from other developers, publishers, marketers, and PR representatives – according to streamers such as Ellohime and Swift0r, for every game pitch they accept, they turn down about twenty, including some they’d love to pursue but simply don’t have time.

Thankfully, there are other options.

Four: Don’t Ignore Small Streamers
A streamer with a massive following can absolutely drive interest in your game. With concurrent viewers in the thousands (or tens of thousands), a single stream from one of Twitch’s most-followed personalities can single-handedly put your game in front of a massive audience. In order to drive sales and long-term community-building, however, you don’t need to aim quite that high. At multiple panels during this year’s TwitchCon, it was noted that 46% of stream-driven sales originated from channels that had only 100 to 3,500 average concurrent viewers.

This may seem counter-intuitive, but one needs only to look at how a streamer and their audience interact to see a major difference between massive crowds and small communities. Once a streamer’s chat reaches critical mass, the streamer can’t always speak to their viewers in a meaningful way — the messages are flying too fast, the memes and emotes blur together, and there’s no room for actual conversation. To hear it described by the panelists at TwitchCon, they’re not talking to individual users anymore; they’re speaking to the overall hive that is “chat.” 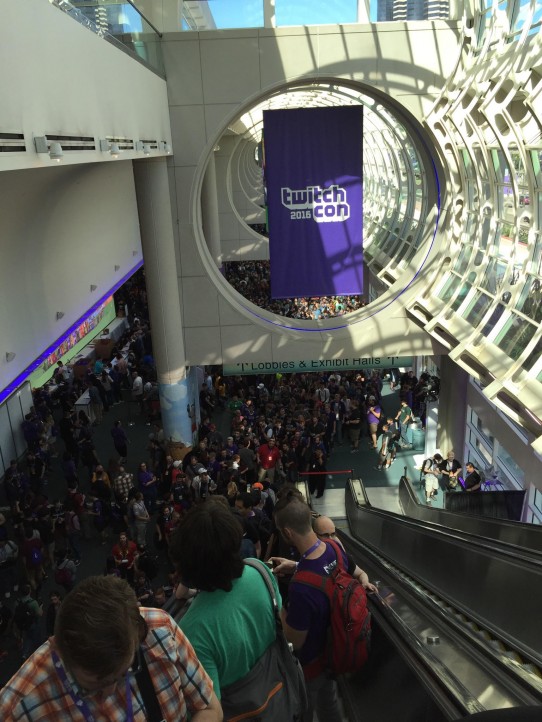 With a smaller crowd, however, a streamer and a viewer can have a deeper conversation. A fan can tune in to an unfamiliar game, ask questions about it, and get answers. More importantly, that direct interaction fosters a strong community of regulars, who can speak not just to the streamer, but to each other. The audience may be an order of magnitude smaller than a top channel, but the loyalty is far more powerful.

What’s more valuable still is your own ability to interact directly with a smaller streamer. Not only will they remember you as another member of their community, but so will their viewers. Doing that, thankfully, is one of the most important — yet one of the easiest — parts of all.

Five: Be Genuine, and Be Yourself
The keynote at TwitchCon this year led off with one of the platform’s basic tenets: “We are Twitch, and Twitch is us.” The main differentiator of Twitch isn’t just that it’s live; the ability to watch game content on YouTube and other platforms is not a new phenomenon. The key that has elevated Twitch is the community, which is driven through its interactions via chat, shared cultural moments, and influential personalities both behind and in front of the screen.

Twitch, in short, is an inherently social platform where people can interact, and to succeed, you need to be a person, not a company. This simple truism informs all of the above tips and takeaways. A person gets to know who a streamer is rather than focusing on their view count. A person comes to hang out with the other people in the chat room rather than just reading contact info and business links. And, when a streamer talks to other streamers (which is constantly!) about who they know in the industry and who they like to work with, they bring up the people who have treated them with friendship and respect first.

The ability to make long-lasting relationships is both the best and most valuable part of Twitch, from a personal and professional standpoint. It’s practical, of course — you never know when the streamer with 100 followers you befriend today will turn into the 100,000 viewer powerhouse who remembers you tomorrow. Plus, there’s the benefit of meeting and working with some delightful new friends, which is a reward in and of itself. 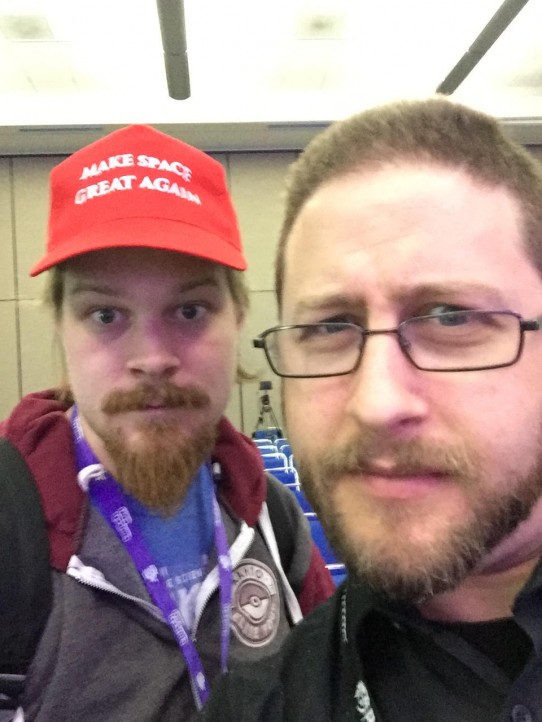