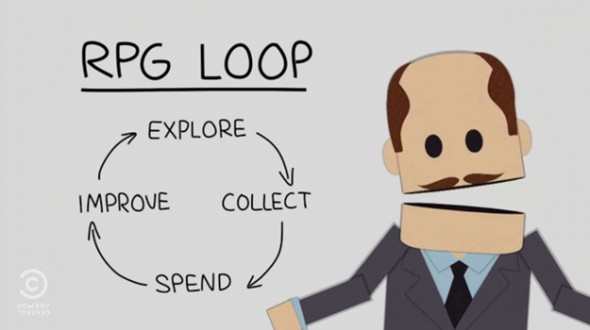 Welcome to a new weekly feature here on the TriplePoint blog: TriplePoints of Interest, where we recap the biggest news from around the games and tech industry, plus subjects we just can’t stop talking about around the office!

Fixing the image of free-to-play

The image of free-to-play games has been a hot topic as of late. Steve Peterson of GamesIndustry International describes why free-to-play games have built a bad reputation and how it can be fixed. He first cites how quickly widespread the business model has become as reason for the extreme divide on opinions from within the games industry.

He then suggests that in-game merchandise must improve on the game, not be required to play the game, and that players shouldn’t have to feel they must make microtransactions to remove “annoyances” in the game or get to the fun. Developers and marketers also must be clear about the ways to spend money in the game. If a developer does not feel it is beneficial to “celebrate” the microtransactions, then the microtransactions are probably not ones that should be built in in the first place and will likely anger players.

The YouTubers versus Nintendo: the saga continues

Nintendo’s controversial YouTube policies have caused another YouTuber to cease reviewing Nintendo games. Joe Vargas of the Angry Joe Show stated in a video, according to Polygon, that he will no longer make videos relating to Nintendo games after his Mario Party 10 video was flagged for copyrighted material, keeping him from making ad revenue. Mr. Vargas has also been a staunch opponent of Nintendo’s Creators Program.

Heroes of the Storm collegiate league needs a GPA boost

The rise of collegiate competitive gaming, while growing exponentially, has not been without its share of snags. Blizzard’s Heroes of the Storm collegiate tournament, “Heroes of the Dorm,” has been marred with no-shows and website bugs, leading to a host of scheduling difficulties, according to Daily Dot. The $450,000 prize pool, and involvement of Blizzard and TeSPA (high-profile collegiate eSports organization) meant very high expectations for the tournament from fans and participants alike, begging the question of the effectiveness of allowing over 800 teams to participate.

Ads and Kids, like water and electricity, do not go together

Consumer advocacy groups are asking the FTC to investigate Google’s YouTube Kids app due to concerns that it aims advertising at young children on smartphone and tablets, according to San Jose Mercury News. The concerns cite laws on broadcast TV that prohibit TV stations from placing products around kids’ programming due to children having not developed cognitive skills to resist advertising.

An old dog returns to the doghouse: Mark Pincus is back!

Zynga announced that Don Mattrick, their CEO of less than 2 years, is leaving and will be replaced with former CEO, Mark Pincus. GamesIndustry International believes that the company’s great losses under his leadership caused the change, but credited Zynga’s sharp rise in mobile profits–from 27% to 60% of the company’s worth–over the last 2 years to Mr. Mattrick’s work.

Check back again next week for more of the top news from games and tech!
Featured image from Geek.com