The Rise of Valve – Capitalizing on Digital Distribution Domination

Recently, we had some big news from one of the largest, and well respected, companies in the gaming industry: Valve announced that they were officially entering the console market with “Steam Machines,” gaming consoles that aim to bring the PC gaming experience to the living room. I’m pretty excited to see Valve enter a hardware industry that is currently dominated by only three competitors. They’re bringing a lot of new ideas to the table, such as a haptic-based controller, which may shape the future of the console landscape. Yet, what fascinates me the most is looking back and realizing that Valve has been leaving bread crumb trails all along, even during the inception of Steam. 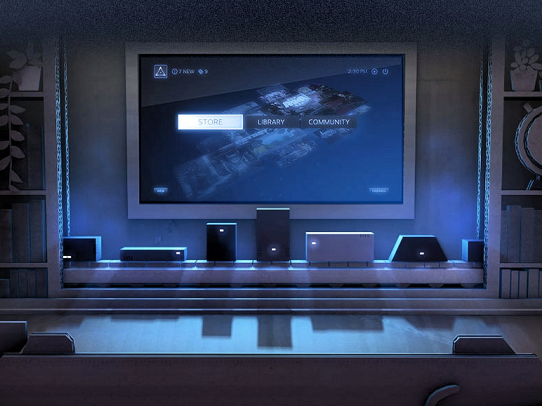 When Valve debuted Steam in 2003, it was an absolute pain. The amount of time it took me to patch and boot up Half Life 2 was tedious, and if it weren’t for the fact Valve’s flagship title was absolutely one of the best games of all time, I think it would’ve been dead on arrival. Still, Steam eventually became a pioneer for digital distribution. Many third-party publishers including Eidos, iD Software, Take Two and many others joined in to reap the profit margins from selling their titles online. The acceptance of digital distribution paved the way for consoles to develop a similar model on their platforms; if it wasn’t for Valve playing the role of the innovator in the gaming industry, I doubt the Xbox Marketplace or PlayStation Store would be what they are today.

Digital distribution is the foundation of Valve’s Steam Machines, and without proper dominance on that front, there was no way they could move onto building hardware.

Are You Starting to see the Big Picture?

It was made clear that Valve wanted to move in this direction at Sony’s 2010 E3 Press Conference. Valve’s Co-founder and PC enthusiasts’ most beloved figurehead, Gabe Newell, came onto the stage and stated, “As an industry we’re going through a transition. As an entertainment as a product to an entertainment as a service… it’s about giving gamers a complete connected social experience.”

This foreshadowed Valve’s motives. They wanted to grow their platform into something bigger, encapsulating not only the PC Market, but also console gamers. But the PC developer/distributor needed to create something that would make it easier for console gamers to embrace their platform… and that’s where Big Picture comes in – a new way to experience Steam.

Everything about Big Picture was designed to take advantage of the living room experience and bring console gamers one step closer to the PC world. It was a digital platform with an online user interface any console gamer could jump in and understand. Best of all, with over 2500+ store titles already available at launch, Valve was already one step ahead.

But they faced one final problem — most console gamers couldn’t afford a powerful PC rig to take Valve’s offering.

Valve needed to find a way to bring down the cost, and that’s where Steam Machines make their entrance. With multiple models, Valve’s approach to the Steam Machines hardware allows anyone to pick up a console at their own personal price point. Best of all, it’s customizable, making the idea of owning a Steam Machine much cheaper in the long run since you won’t need to buy a brand new console every year. It’s a win-win situation for Valve, its partners, developers, and gamers everywhere. 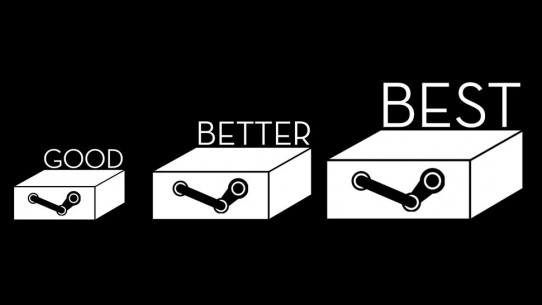 What makes it even better is Valve isn’t directly competing with the big three (yet). Their focus has been to dominate the digital distribution space; they already have the upper hand due to how much they’ve invested in the market.

Steam Machines are going to be Big

What we do know is this: Valve’s offering and entrance to the hardware industry is giving momentum to PC gamers and console gamers alike. There is something here for any type of gamer here, and the amount of flexibility will be a key strategy they will capitalize on. We’re one step closer in bridging the gap between both console and PC gamers, and I for one, cannot wait.