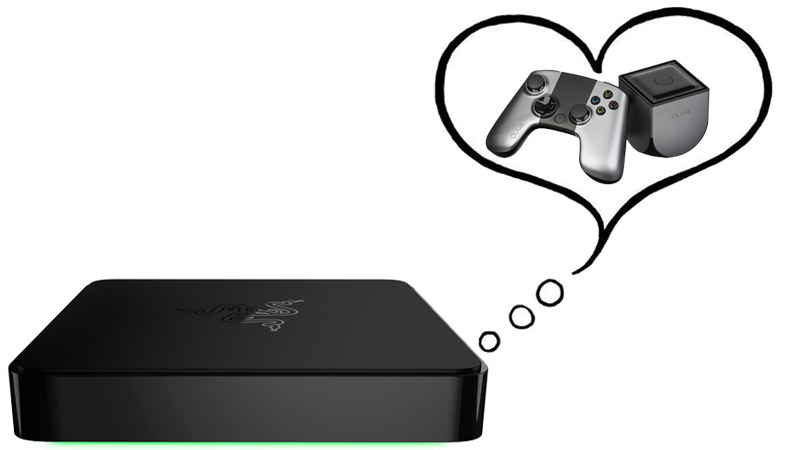 Summer’s heating up and so are the acquisition and earnings news! Big this week are Ouya’s new home with Razer and Valve’s whopping 10 figure earnings! On that note, what are your favorite games on Ouya and Steam?

Razer has confirmed they have purchased Ouya. According to TechCrunch, all of Ouya’s VC investors have cashed out and that Alibaba, who invested $10 million in the platform, will be working alongside Razer moving forward. Ouya CEO, Julie Uhrman, confirmed Razer has not purchased the hardware section of the business. All Ouya users will be transitioned into Razer’s Android TV service, Forge.

Valve announced Steam raked in a whopping $1.5 billion in 2014, according to Ubergizmo. Market data firm, SuperData, revealed that about $400 million alone was brought in by Valve’s own games such as DotA 2, Team Fortress 2, and Counter-Strike: Global Offensive. They also state that since Steam takes a 30% cut of every game sale on the platform, about $330 million came from royalties alone.

China has lifted the final restrictions on console sales, making game consoles like Wii U, Xbox One, and PS4 free to enter the country, said SiliconAngle. When the ban was initially lifted earlier this year, console makers like Microsoft and Sony were forced to funnel all systems through Shanghai, China’s experimental free-trade zone, but can now ship and manufacture them anywhere in the country. While it is still unknown how well the Chinese public will receive these new products, Sony told the Wall Street Journal that they welcome the news. According to GamesIndustry International, Microsoft’s Head of Xbox, Phil Spencer, says the company will use this opportunity to work with Chinese game studios to bring Chinese games to Xbox’s international audience.

Sony revealed the Tactical Assault Commander 4, the officially-licensed mouse and keyboard compatible with the PlayStation 4. According to IGN, the device is listed for an October 4 release in the UK and a November 30 release in Japan for a price of $120.